U.S. official apologizes for the death of Russian-born adopted children killed in the U.S

Representatives of U.S. nongovernmental organizations share the concern of the Russian authorities regarding the death of Russian adoptees 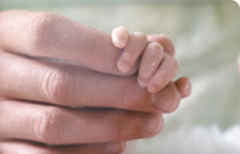 Representatives of U.S. nongovernmental organizations share the concern of the Russian authorities regarding the death of Russian adoptees in the U.S. However, they believe that international adoption should be continued.

“We would like to extend our deepest condolences to the Russian government and Russian people with regard to the death of several Russian adopted children in the U.S. Meanwhile, international adoption should not be shut down due to those facts,” said President and CEO of the National Council for Adoption Thomas Atwood at the end of a Moscow meeting with Russia's General Prosecutor Deputy Sergei Fridinsky.

“American families have adopted 49 thousand Russian children over the last few years. The children enjoy good education and happy life. Most important, they have the future,” said Mr. Atwood.

Mr. Atwood also said that steps would be taken to impose a ban on the so-called independent adoption. The above adoption policies circumvent accredited organizations. “The investigation shows that no accredited organizations were involved in the adoption procedures with regard to all the cases resulting in the death of adopted children in the U.S.,” said the U.S. representative.

In view of the above, Mr. Atwood called for more expeditious reporting requirements regarding the condition of adopted children. “Pursuant to Russian legislation, a report must be filed six months after a child was adopted. On the other hand, all those cases involving the death of adoptees took place within the first six months or first year of their stay in the adoptive families. Therefore, we believe that a report on the condition of a child in a new family should be filed in a month time and three-month time following the adoption,” said Mr. Atwood.

“We understand that a large number of crimes, in particular 14 murders over the last few years, has to do with the scale of adoption. More than five thousand Russian children are adopted into U.S. families each year. Still, we express a certain amount of concern about the facts,” said Deputy Prosecutor General Sergei Fridinsky.

Mr. Fridinsky also complained about the lack of cooperation on the part of U.S. authorities. “Unfortunately, sometimes when we conduct investigations into murders of the Russian children in America, we do not get support from U.S. law enforcement agencies. According to Mr. Fridinsky, U.S. law enforcement agencies advised the Russian Prosecutor General's Office that such kind of cooperation might jeopardize the international adoption.

Deputy Prosecutor General told the journalists that the Russian authorities would tighten control over the organizations dealing with adoption. “We found out that more than 30 out of 52 organizations accredited in Russia are in serious violation of many regulations and therefore their operations can be terminated,” said Mr. Fridinsky

Deputy Prosecutor General also said that the authorities took legal action in two cases following the investigation conducted in Russia after the death of two infants. “The investigation revealed a kind of middleman's services used in the process of adoption. Intermediary services are prohibited by law. However, we believe the perpetrators will be charged with illegal entrepreneurship,” said Mr. Fridinsky.