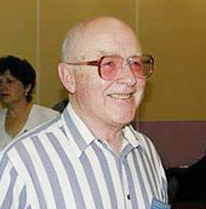 Russia, Viktor Melnikov, claim that there is no need to fear Chinese expansion into the Russian market. “If we want to be open, then there is no point in fearing Chinese expansion”, Melnikov said in his unofficial statement at the Third Russian-Chinese Finance and Banking Forum in Moscow.  However, many experts do not agree and consider numerous concessions to the Far-Eastern neighbor of Russia threatening to national security. They are especially worried by the free circulation of Chinese yuan introduced in the Far East of Russia. Experts say that this will help the Chinese to take advantage of the Russian riches. “Melnikov does not prove his point of view. I don't subscribe to it”, famous Russian sinologist from the Institute of Asian and African Studies in Moscow, Vilia Gelbras said in his interview to PRAVDA.Ru.

Question: Viktor Melnikov claims that there is no point in fearing greater integration with China. How much is the governmental policy on building economic relations with China thought-out?

Answer: I think that our bankers’ agreement with the free circulation of yuan and ruble in the Far East is not a serious decision at all. The result is that the exchange-value of ruble is changing day in day out while yuan’s value remains the same. It has stayed at the same level for almost ten years. Such system serves interests of China, and Russia agreed to this for some unknown reason. There are no exchange points in the Far East.

I do not understand at all why yuan should be an exception. We trade in China in yuan only. It means that they should trade in rubles here.

There is no point in discussing this when Russia has only one representative of Chinese banking system Eluosi Bank (Bank of China subsidiary). What is it like? It's just a small fry that does not perform any operations here. By the way, it is not so widely used by the Chinese tradesmen for transferring their means to China. They use absolutely different channels for this. And this involves quite a sum of money.

Transferring goods overseas is a special question. If you compare data from Russian and Chinese customs, you will see that the Chinese data exceeds the Russian ones by billions of dollars (!) yearly.

Q: What are the prime interests of China in Russia?

A: Many things, oil, timber and metal in the first place. These are the spheres of their interest.

Q: What about the innovations?

A: As far as technologies are concerned there are special institutes that try to capture technological development in Russia. Chinese invest into unfinished research to be able to reserve the rights on the final results. They do not invest into the initial research. It is when the research is almost finished that they appear.

Russia is promised $12 billion of investments and the official data, which are underestimated, say that China invested $60 billion into other countries. At the same time UN provides a different figure, which is several times larger. Why invest much in Russia if China has a chance to get what it wants cheaply or even for free. If you pay your attention to the way the Far East is deforested, it's like a detective story about plundering Russia.

Q: Do you think the free circulation of yuan will make this even easier?

A: Yes. I do not understand the reasons behind the actions of our authorities. There is no strategy of development in the Far East and Eastern Siberia in general. No strategy. It is hard to understand whether Russia needs these regions or whether we are ready to reduce our territory to the Urals. By the way, there is no strategy of development for the European part as well. When there is no strategy banking system cannot function properly. It cannot provide for the economic growth and the proper coordination of different fields. In these circumstances banking system functions without any exact goals besides making profit. Banks and the country act separately. There is no interplay.

On the photo: professor Vilia Gelbras from the Institute of Asia and Africa studies