Russia-U.S. relations are again begin to resemble the Cold War era. The latest developments indicate a cold front taking shape. The politicians do not seem to care much about global warming. In the past, the problems in the relations between the two nations had to do with a political rivalry. Nowadays the problems mostly relate to a military sphere. 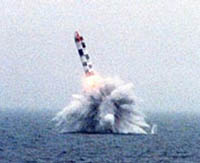 Military rivalry has always played an important part in the international relations. Russia and the U.S. used to be engaged in a sort of competition on the world market of arms and military equipment by actively supplying them to a number of regimes at the Middle East and Asia. Now the rule of the game is based on an equal reaction taken by one party for every action of the other one. It is hard to tell who set the ball in motion. By and large, Russia had moved forward slowly yet consistently in the past, without taking note of any other competitors. Russian military strategists still use the term “indicated enemy” for referring exclusively to the U.S. Likewise, U.S. military uses the same term in relation to Russia. The plans for the development of anti-missile defense system announced by U.S. President Bush were probably the first step that led to the latest round of escalation in terms of military rivalry.

Russia strongly objected to the move yet the U.S. remained adamant. Russia responded by making a number of highly publicized statements regarding inefficiency of the proposed anti-missile defense system. Russia also promised to deal an “asymmetrical but very effective blow.” The steps actually concerned the implementation of a national nuclear re-armament plan. Specifically, the plan envisioned that such new ballistic missiles as Topol-M and Bulava enter service in the foreseeable future. The Bulava is Russia’s newest ballistic missile, developed and built using the latest technologies. It is designed to easily overcome any anti-missile defense system.

The Bulava was supposed to be deployed on nuclear submarines. In other words, it was supposed to become a mobile weapon. The enemy would have to build a wide net of anti-missile defense system for covering North America from coast to coast. In response to Russia’s plans, the U.S. decided to deploy assets of its anti-missile defense system in Poland and Czech Republic. The reasons behind the deployment of the system are obvious. The system will be capable of intercepting Iran’s ballistic missiles only if they should fly across Russia’s airspace. The latest test launch of the Bulava that failed for a third time in the last four months seemed to become Russia’s reply to the U.S. plans.

The test launch of the Bulava ended in failure on December 24. Shortly after the incident, Kommersant, a leading business daily, reported that “two special commissions were set up to investigate the causes of the failed test launches.” The first commission will deal with technical issues directly related to the launches, while the other one will try to locate the origin of a leak to the press about the failure of the Bulava. Well, to say a “leak” is to say nothing. The whole world became aware of the three unsuccessful launchesofthe Bulava. The previous two unsuccessful launches occurred September 7 and October 25, RIA Novosti reported. The missiles were launched from a ballistic missile submarine in the White Sea. The first missile failed to reach its target, and the second self-destructed after deviating from its trajectory.

The Bulava was supposed to become a powerful weapon that can be launched from any location around the globe. One missile is capable of destructing about ten targets, each the size of a city. The R-30 (SS-NX-30) intercontinental ballistic missile was developed on the basis of the Topol-M, a similar land-based missile. The Bulava were to be deployed on new submarines of Borei class. One submarine will carry 12 missiles aboard. The Bulava is equipped with 10 warheads; each of the warheads can be programmed for independent target acquisition. In other words, one submarine will be capable of hitting 120 targets while operating in any part of the world, the Arctic and Antarctic inclusive.

However, the three unsuccessful test launches occurred in a row following the four successful ones. The Bulava missile was developed at the Moscow Institute of Thermal Technology. A team of designers and engineers was headed by Yuri Solomonov. The team was previously involved in the development of the Topol-M. According to Solomonov, the Bulava was designed to become a modified version of the Topol-M that would enable the government to significantly cut production costs. That is why all the tests were carried out at sea. There were no test launches on land. Besides, the above design bureau has never developed naval missiles. The test program went off without a hitch until last year. The latest series of failures put in jeopardy the plans for the deployment of the Bulava in 2007. The Russian military will have to conduct from 12 to 14 successful test launches of Bulava missiles prior to commissioning them as the naval component of Russia’s strategic nuclear forces, said Anatoly Perminov, head of the Federal Space Agency, in an interview to Kommersant.

Many analysts pointed out a direct link between the Bulava deployment plans and President Putin’s second presidency, which is drawing to a close. The Americans are confident that “there was no lack of funding for Russia’s state weapons procurement program. In a situation when the world oil prices are on the increase, and Russia has become one of the world’s largest energy exporters, the Russian government is spending a record amount of money on the modernization of strategic missiles. The funds currently allocated for the purpose exceed the total spending over the last 25 years,” United Press International reports. As for those responsible for spreading secret information, steps have been taken too. According to the Russian media, three officers with the Russian Defense Ministry and naval headquarters were discharged from service several days after the first reports about the December 24 failure were published. The officers reportedly leaked information to the press.