The miracle did not occur: an offer from the Chinese corporation proved to be a lot more profitable and more perspective

The erstwhile symbol of the British car industry, the last British car maker, which is not owned by foreign companies, MG Rover, was sold to the China's Nanjing Automobile Corp. The information about the deal was announced by the auditing company PriceWaterhouseCoopers, which conducts the external management of MG Rover's assets. 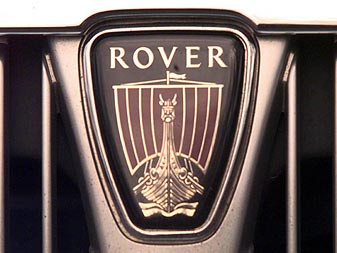 Nanjing Automobile Corp. won the deal in the competition with both Russian businessmen that were interested in the British automobile concern and another Chinese enterprise, Shanghai Automotive Corporation.

The new owner intends to move a part of MG Rover's production capacities to China. Vehicles of the Chinese assembly will be delivered to EU and British markets. Analysts believe that the reduction of the production prime cost will let MG Rover retrieve a certain part of its previous market positions during the forthcoming several years.

MG Rover was trying to solve its financial problems for almost ten years before the enterprise announced bankruptcy in April of the current year. BMW owned the concern before 2000, although the German car giant failed to extricate the British car maker from the crisis: BMW intended to shut down the production in Great Britain. The social pressure made the German enterprise decline plans to optimize MG Rover's business: BMW sold the industry to the British company Phoenix Venture Holdings for only ten pounds sterling. The latter represented the interests of four Birmingham-based businessmen – John Towers, John Edwards, Peter Beale and Nick Stephenson. Phoenix invested about 500 million pounds sterling in the production, but eventually failed to save MG Rover. After that, Phoenix decided to sell the enterprise to Chinese Shanghai Automotive Industrial Co. (SAIC). The deal implied investments of one billion pounds sterling ($1.8 billion). Negotiations did not end with a contract – bankruptcy became the only way out of the crisis.

British businessman David James and the Iranian company Dastaan Industrial Development also participated in the tender to acquire the ruined British car maker. It was rumored that Nikolai Smolesnky, the son of the Russian oligarch Alexander Smolensky, was also interested in MG Rover. Shanghai Automotive Corporation was considered the likeliest winner of the contest, though. British media outlets were especially interested in the opportunity for a Russian citizen to acquire their automotive company. It was particularly revealed as a result of numerous opinion polls that the majority of British people had nothing against the Russian management in MG Rover. 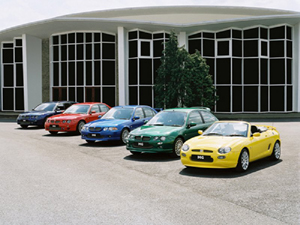 The miracle did not occur: an offer from the Chinese corporation proved to be a lot more profitable and perspective to MG Rover, specialists of PriceWaterhouseCoopers believe.

Some analysts say, however, that it was a rather risky acquisition to make. Shanghai Automotive previously purchased rights to sell Rover 25 and Rover 75 models, which means that the new owner of the British enterprise may face legal problems to sell its products. In addition, the Honda enterprise, which owns rights for several MG Rover's production technologies, withdrew its equipment and designs from the British car maker. Honda's action may complicate the production of Rover-45 model, which was based on Honda Civik; the same may happen to the MG ZS model. In spite of certain difficulties, with which the Chinese company may encounter during the production recommencement, MG Rover's perspectives are estimated as quite optimistic if the basic production capacity of the enterprise is moved to China. MG Rover may cut the sale price on its cars owing to the prime cost reduction. Price will thus become the key competitive advantage of the joint Chinese and British production in addition to the production of new models. Analysts believe that MG Rover will succeed in occupying up to 20 percent of the British car market during the forthcoming two or three years and will finally return to the EU market.

MG Rover used to make such models as Rover 45 and 75, MG ZR, ZS, ZT, as well as hatchback ZT-T and roadster MG TF. The company employs some 6,000 people. The enterprise suffered J77 million of losses as of the end of 2003. The share of the British market, which MG Rover used to take, dropped from 40 percent in the 60s to three percent nowadays. The company made the last model of its vehicle in 1998. MG Rover failed to sell the entire batch of Rover-75 made in 2000.