The WTO is made of 148 absolutely diverse states, including the ones, which do not practice the market economy structure

Preparations to Russia's membership in the World Trade Organization are taking place under highly nervous circumstances. The process currently undergoes one of the most complicated stages of its development, when joining terms are being coordinated with other member-countries. It is vital for Russia to preserve its natural competitive conditions and not to leave strategically important industrial branches at the mercy of foreign businesses. Any speculations on the matter can only undermine the process of negotiations, the results of which will show whether Russia becomes a full-fledged member of the WTO or plays second fiddle. 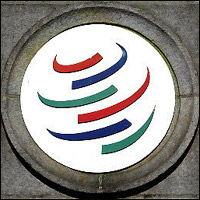 The necessity for Russia to join the WTO under acceptable conditions is obvious. The membership is fraught with certain problems for Russia's uncompetitive branches indeed. Experience shows, however, that they can be easily pushed into the background with the economic effect, which Russia is set to achieve from WTO's commercial rules. There is still quite a number of competitive branches in Russia: they will be able to defend their rights for world market shares, using universal rules of the World Trade Organization. The economic miracle in China occurred after the state joined the WTO in 2001. Russia has all chances to join the organization under better conditions in comparison with the Chinese experience at this point.

Nevertheless, one may notice anti-WTO sentiments both in Russia and abroad, when certain influential figures, or analysts try to oppose the public opinion to Russia's membership in the global commercial union. The protesters can be divided into two categories. The first group consists of those people, who protest against any integration of Russia with the rest of the world, with the Western community, first and foremost. These people are being used by those, who can be categorized as the second group of protesters. They are Russian businessmen and entrepreneurs, who set out their concerns about possible business losses, which their companies and enterprises may suffer as a result of Russia's incorporations in the WTO. Corrupted officials are included in the second group too: WTO principles jeopardize their illegal activities in the shadow business. Certain anti-Russian figures speculate on home political affairs, trying to prove to the international community that there are supposedly no democratic freedoms in Russia.

Russian oligarch Oleg Deripaska was one of those influential figures, who did not wish to conceal his views against Russia's membership in the WTO, Aleksey Portansky, the director of the informational bureau for Russia's incorporation in the WTO told Pravda.Ru. Deripaska chairs the Bazel group, which unites Russia's major automobile enterprises. It just so happens that the Russian car industry runs risk of becoming one of the first “victims” of the WTO's free trade. The fundamental modernization of production, which will be necessary for honest competition with foreign car makers, requires immense investments, which may in its turn ruin accounts of any company. It is noteworthy that Oleg Deripaska does not advertise his standpoint on the matter now.

Former State Duma deputy, Konstantin Remchukov, was conducting active anti-WTO activities as well. The politician established a special council for Russia's incorporation in the WTO, in an attempt to prove to the Russian society that the World Trade Organization would cause considerable damage to Russia's interests.

”In fact, they try to use the fact that common people do not know what the WTO actually is and which principles and mechanisms it practices,” Aleksey Portansky said. “Such criticism does not sound from representatives of Russian large business: it comes from those, whom they hired and paid for expressing anti-WTO views,” the specialist added.

It brings up the idea that those, who try to protest against Russia's WTO membership, seemingly share the opinion of former Yukos co-owner, Leonid Nevzlin. The businessman was put on the international wanted list on allegations of financial fraud and murder. Mr. Nevzlin, however, has recently called upon the US establishment not to let Russia become a WTO member. Leonid Nevzlin is renowned for his aggressive plans about the Russian administration. It is obvious, however, that his appeals to the World Trade Organization are absolutely pointless.

”Nevzlin is wrong about the WTO. The WTO is made of 148 absolutely diverse states, including the ones, which do not practice the market economy structure at all. Socialist-oriented Cuba can be named one of them. Citing political arguments against Russia's incorporation in the World Trade Organization is therefore useless. There is no political aspect here at all,” Aleksey Portansky concluded.