Roman Abramovich has decided to call it quits. Russia’s wealthiest governor of the Chukotka Autonomous Region tendered his resignation during a meeting with President Putin last Wednesday. The media has been speculating over Abramovich’s resignation for last several months. Up to the last moment, nobody seemed to believe that the resignation would ever take place. Commentators are still reluctant to buy the news since no decision on his request has been taken. Neither a new governor nor an acting governor has been yet appointed. 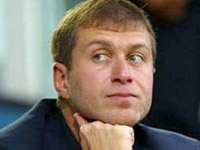 Abromovich does not seem to be packing up either. Abramovich promised President Putin that he would continue to carry out a number of economic projects in the region. Needless to say, the projects are aimed at raising a standard of living in Chukotka. What does it take to make Abramovich’s plans become a reality? First off, a highly professional team of managers brought to the region by Abramovich should be kept intact.

One thing is quite clear: the billionaire Abramovich has unveiled his idea of succession. Maybe he did it offhandedly; maybe he did it on purpose. Abramovich is giving up his office at a time when his approval ratings hit an all-time high in the region. Panic seized all the Chukotka residents when they heard the news: what is in store for our godforsaken land once Roman the Moneybags stops looking after it? Are we doomed to be the boonies of a prosperous country?

No fear. Abramovich will remain on top though he is on the way out. His highly professional team is still in control, the managers keep steering the region in manual. Abramovich’s funds keep flowing into the Chukotka region though he is not there, he is up in the clouds, and he is probably riding the blizzard like some northern deity which cannot be seen yet can be felt through the warmth and light coming from above. Maybe once in a blue moon he will descend to the ground to address a crowd of grateful Chukchis. Mr. Abramovich, drop by at your discretion. It does no matter whether you are a governor or not as long as your last name is spelled A-B-R-A-M-O-V-I-C-H. The Chukotka region is not a footballer who is ready to pledge allegiance to a new club once his new contract has been signed. In short, you are always welcome, Mr. Abramovich. Champagne is in a fridge.

Now let us take a look at a “greater Chukotka region” i.e. a country whose president enjoys an unprecedented level of approval, whose people get panic-stricken every time they contemplate his imminent resignation. What does the future hold for our wretched country? Is it destined to rot away at the boondocks of the civilization all over again? We have just seen it rise on a par with the rest of the world, we just learned to sell our oil and gas at a normal price and the best is yet to come!

Why should not Putin get it done provided that Abraovich pulls it off? No doubts about it, Putin is not that reach yet he has authority at a nationwide scale. Vladimir Putin is on the way out but he is here to stay. His highly professional team remains at the helm. President himself promised to stay in realpolitik and use his authority for holding sway over the powers that be. At the end of the day, an official position is of least importance. The leader’s last name is Putin. It speaks volumes. Russia is not a football team; there is no way one can buy a coach for it in Holland. Russia will remain loyal to its favorite leader no matter who happens to be in charge for the time being. In other words, we work on a scenario, looking into the case of Roman Abramovich. The plan that gets off the ground within the bounds of a region may as well be a success within the borders of a country.