The publication of the Alfa Bank report "The investment climate in Russia: political risks and the Kremlin mysteries" has given rise to much controversy in the Russian society. The reaction is quite understandable. The report quotes certain representatives of Russia's big business as saying that stability to investors in Russia will be held intact only if the present political elite remain at the helm. Meanwhile, Pravda.Ru asked a few business analysts to give their thoughts on the report. The analysts are inclined to believe that the Alfa Bank report is a conscientious and pragmatic approach to the problem. 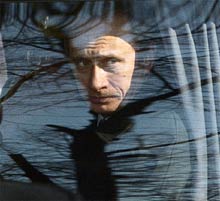 The above interpretation of the “Problem 2008” triggered a barrage of criticisms from the so-called “democratic opposition.” Some experts were prompt in accusing Alfa Group of sycophancy. Another issue related to a villa belonging to one of Alfa Group's co-owners, Mikhail Fridman, became a news item again. The villa was previously mentioned in the article by Alexander Khinstein about a government-owned villa, which had been illegally bought by the former Russian Prime Minister Mikhail Kasyanov.

Meanwhile, Pravda.Ru asked a few business analysts to give their thoughts on the report. The analysts are more inclined to see the report as a conscientious and pragmatic approach to the problem. They do not see it as an attempt aimed at winning the Kremlin's loyalty.

The report was originally meant for the perusal of the bank's large customers. In the report Alfa Bank analysts describe the current economic and political situation in Russia. The analysts also assess potential developments at the presidential election in 2008.

The Alfa Bank points out a decrease in investment operations due to “frequent and aggressive tax inspections,” numerous bureaucratic rules still in effect, and corruption.

The mechanism enabling Vladimir Putin to remain in power would be an “ideal scenario” for the year 2008 to investors. The report says developing economies which made good progress always had a strong leader staying in power for a long time “as one of the necessary components of success.” The report says that “deviations from the course would be minimal” should a successor to President Putin be handpicked from the “power people” e.g. Defense Minister Sergei Ivanov, President's envoy to the Northern Federal District Dmitry Kozak, or RZD president Vladimir Yakunin.

According to Gazprombank analyst Mikhail Zak, Alfa Bank hit the bull's eye in terms of investors' expectations. “The investors would benefit to the max if there were no dramatic changes whatsoever in the political and economic situation,” said he to Pravda.Ru. The analyst believes that any changes in the political situation would have a negative impact on long-term stability of the political and economic situation. “The general political continuity is a very important factor both to the investment climate and business elite,” said Mr. Zak. He believes investors would be quite happy to see a protege of today's leadership as a new president. They would be equally happy to see somebody brand-new provided that he carried on with the present economic course.

Mr. Zak declined to comment on the allegations saying that the report may have been prepared at the behest of the authorities. “There is simply no alternative to a Kremlin-backed presidential candidate these days,” said he. He believes any president would do for investors if his economic policies were well-planned and predictable.

As a rule, investors show a lot of caution. According to head of analytical department at the finance company Interfin Trade Khalil Shekhmametiev, “any kind of changes bring out opportunities along with some things that fill the person with apprehension about the changes.” He believes opinions about Mr. Putin vary greatly. “According to one of the opinions, he says one thing, thinks about another, and does yet another one so I would not be afraid of changes,” said Mr. Shekhmametiev. “Mr. Putin is, without doubt, a lot better than Mr. Yeltsin since he is a better professional,” added he.

As regards a possible successor to Mr. Putin and his influence on the investment climate, Mr. Shekhmametiev believes everything will depend on a particular person. From his point of view, it is very likely that investment operations will decrease during the first year of new presidency. But the decline is likely to be brief and superficial, according to Mr. Shekhmametiev. He points out that investors tend to forget bad things and hope for the best.

“It is highly unlikely that a new president will okay arms sale to Iraqi insurgents or send the Russian troops to Iraq to help the U.S.,” said Mr. Shekhmametiev jokingly. He believes that political and economic continuity in Russia is most likely to go on. Investors love stability.

“In the past the Left-wing governments in the West always carried out large-scale economic reforms e.g. privatization of the national banking system in France under Francois Mitterrand and so on,” said Mr. Shekhmametiev. The Right would later take over the office and privatize the assets yet again. Little by little, everybody switched to tackling urgent problems. “I believe Russia will eventually follow suit,” said Mr. Shekhmametiev.