Russia's Dagestan to become another Chechnya

Recent reports from the republic of Dagestan have pushed the Chechen news coverage into the background. While Russian federal forces arrest emissaries and terrorists in Chechnya, the neighboring republic of Dagestan is rocked with explosions and assassinations. One of the largest recent terrorist attacks, which raised deep concerns with the Russian administration, occurred in the republic's capital, Makhachkala, last week, when 10 Russian military men were killed and 27 wounded as a result of a bomb explosion. Later, terrorists attacked Russian policemen, having killed two of them, and conducted a subversive activity against a freight train. 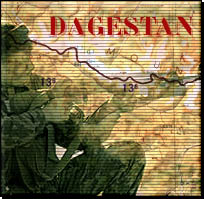 All of the above-mentioned attacks occurred during the first week of July. The number of criminal acts committed in the republic, especially with the use of explosives, is horrifying: the volume of such criminal activities gained 233.3 percent over the year. It goes without saying that Russian authorities cannot turn a blind eye on the problem of terrorism in Dagestan. Dmitry Kozak, the presidential envoy in the Southern administrative region of Russia, paid special attention to the state of current affairs in the republic. Mr. Kozak's administration conducted investigation of criminal acts in Dagestan and prepared a report about the situation in the republic. The report will be presented to President Putin's attention in the nearest future.

The experts came to rather distressing conclusions as a result of the work. The investigation revealed that Dagestan was experiencing a serious crisis of inter-ethnic conflicts. “Over 20,000 people of the Russian nationality have left the republic during the recent four years, the report runs. Local nations comprised of Chechens, Avars and others are at bitter enmity with each other. The tense situation jeopardizes the territorial integrity of Dagestan. A certain movement, known as Sadval, calls upon the local Lezghin people to reunite and establish the state of Lezghistan, for instance.

The first several paragraphs of the report show that the current situation in Dagestan reminds the one, which was formed in Chechnya during an active period of military operations there. There are appeals to form a new independent state, the role of Islam is growing too: it gradually loses its purely religious qualities and becomes a threatening factor in the political life of the republic. Various religious communities may soon set up so-called Shariat enclaves in local mountains. To 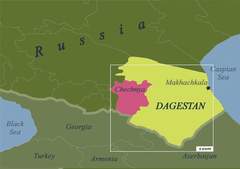 crown it all, the local peoples of Dagestan do not conceal their extremist sentiments.

Meanwhile, the local administration of Dagestan is concerned about absolutely different matters, namely about the redistribution of property. Russian experts concluded that the growing number of unsolved social, economic and political issues was drawing to a critical level. The republic will most likely be gripped with massive actions of protest and civil unrest, which will inevitably end with open interethnic and confessional conflicts. “The explicit territorial concentration of ethnic and political problems may push extremist forces to creating quasi-state institutions in the north, south and in the center of Dagestan, which will eventually result in the collapse of the republic,” the report says.

One may thus infer that the Russian administration will have to deal with another threat to Russia's territorial integrity. For the time being, it is hard to forecast, which way the federal center will chose to stave off the danger of another terrorist center being formed on the territory of the Russian Federation.