US Senate Committee for Appropriations has expressed concern about the strengthening of Russia's role in the countries of the former Soviet Union. The Committee called on the State Department to convoke an international conference on issues relating to the promotion of democracy in the region. “Opposing a growing threat posed by Russia to the countries which are in transition to democracy should be a priority to the US,” says the statement. “The Committee points out that successful democratic reforms in those countries will be of crucial importance to support and promotion of democratic development in other countries including Belarus,” says the cover letter to a budgetary bill passed by the Committee. 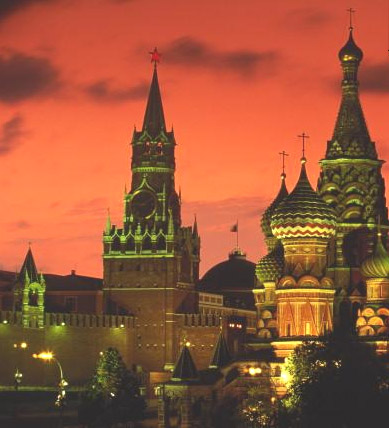 Different sizes of funds earmarked for democracy promotion are quite noteworthy. On the one hand, $85 million will hardly make a difference for Russia no matter what we are talking about. On the other hand, $95 million for Ukraine and $75 million for Armenia look like a big amount of money. The money could give a huge boost to supporters of “orange” revolution in Ukraine. It could also disrupt political stability in Armenia. Speaking to the press on the eve of the Astana summit of the Shanghai Cooperation Organization Uzbek President Islam Karimov openly accused the American “directors” of engineering upheavals in Kyrgyzstan and Uzbekistan. Politicians and common people alike in every Central Asian republic of the former Soviet Union say explicitly that they have more trust in Russia despite a wide variety of aid programs offered by the Americans. Besides, US military presence in Central Asia is a source of concern to China. During the summit meeting in Astana, members states of the Shanghai Cooperation Organization voiced their desire to effect independent control over the situation in the region.

Konstantin Zatulin, the State Duma deputy and director of the Institute of the CIS studies, says that funds allocated by the US for the “promotion of democracy” aim to promote a US model of democracy and spread US influence in the above countries. “United Russia or any other pro-government party in Russia will not get a penny of those funds, Ukraine's opposition will get the money either,” said Mr. Zatulin. It is obvious that the US has long put to good use a certain pattern and methods for carrying out foreign policy operations. Calling a government democratic or undemocratic is just a ritual to the USA “After that they use the whole range of tools available for toppling unfriendly regimes, huge funds involved in such operations are beyond any comparison to those which are allocated officially,” said Mr. Zatulin. “The Cold War is over, but some old habits die hard,” added he.

Mr. Zatulin believes Russia should use similar methods. “Taking into account that Russia has become a country with a multiparty political system and market-oriented economy, Russia should cast aside its fake shyness and use the weapons of the West in this field of activity,” said he. Despite a significant difference in financial resources of the two countries, Russia is much more interested in developing democracy in the neighboring countries. Pro-Russian forces could only step to the fore only when democracy is in place. “Why don't we set the ball in motion in the Baltic states?” said Mr. Zatulin.

“As regards Armenia, Russia's only ally, the country is a principal candidate for the next “color” revolution, the size of officially allocated funds reflects a priority, but yet it is the tip of the iceberg as I told you earlier,” said Mr. Zatulin with regard to a “cost estimate” of US Senate Committee. Aleksei Zudin, head of political sciences department of the Center of Political Technologies, points out that Washington's idea of democracy for the countries of the former Soviet Union actually implies the establishment of regimes which are dependent on the US “A political instability zone is being built around Russia by stepping up democratic developments which can not create strong political institutions, on the contrary, political institutions can only grow weaker as a result,” said Mr. Zudin.

Those who place an order for revolution and work behind the scenes are fully aware of consequences. In other words, the instigators of the “color” revolutions in Kyrgyzstan and Uzbekistan had planned the overthrowing of the authorities by force.

America has a number of priorities with regard to funds allocated for the “promotion of democracy.” The size of funds will be commensurate with those priorities. The White House is planning to make a serious political effort in countries than border on Russia. Operations in Russia are aimed at producing “irritating effects” only.

“The USA still can not understand that it did not win the Cold War,” said Mr. Zudin. He believes that Americans are wrong to liken the defeat of Nazi Germany to the collapse of communism. The dismantling of Nazism brought out winners and losers, “democratic teachers” and “democratic students.” The collapse of communism was caused by internal factors, not the external ones. Nations who got rid of communism without US assistance simply reject being lectured by foreign “experts” on ways and pace of reforms they should follow. They can not accept compulsory export of democratic institutions either.

Mr. Zudin believes Russian-US relations are getting increasingly paradoxical. Partnership and cooperation in some areas are accompanied by the attempts aiming to put unilateral pressure on the political process in other areas.