The Norwegian telecommunication holding Telenor, a shareholder of JSC Vimpelcom, is to consider the issue of purchasing the Kyrgyzstan-based cellular operator, Sky Mobile, by Vimpelcom. Another shareholder of Vimpelcom, the company Altima, which is included in the structure of Alfa-Group and owns Sky Mobile, is currently developing an adequate offer. 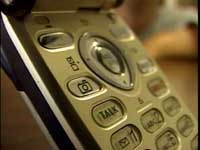 Sky Mobile holds the cellular communication license providing services on the entire territory of Kyrgyzstan . The database of subscribers and business affairs of the Kyrgyz cellular monopolist, the company Bitel, was transferred to Sky Mobile in the summer of 2006. According to experts’ estimates, the database counts approximately 400,000 subscribers (spokespeople for Altima say their number is twice as large).

The legitimacy of the deal, when Altima acquired Bitel’s shares is still doubtful. As a matter of fact, the company purchased the expired and invalid option to acquire Bitel, seized the company’s head office and ousted representatives of the Russian cellular operator MTS (Mobile TeleSystems) from there. MTS purchased Bitel’s shares in 2005 for $150 million from Kazakhstan-based bank Alliance .

Experts say that the transfer of Bitel’s entire business to Sky Mobile and an attempt to sell the company to Vimpelcom was connected with Altima’s wish to close the deal and register the profit. The pressure on the part of MTS has been growing, that is why it would be reasonable for Alfa to lay the burden of court procedures on Vimpelcom and Telenor.

One should pay attention to the disproportion of prices at which Sky Mobile was sold. The option contract cost Alfa $5 million, the Vedomosti newspaper wrote. A year later Alfa tries to resell it to its partners in Vimpelcom for $450 million. Taking into consideration the average market cost of one subscriber, which makes up about $600 in the Commonwealth of Independent States and the 400,000-strong database of Sky Mobile’s subscribers, experts say that the real cost of the Kyrgyzstan-based cellular operator does not exceed $250 million.

If Telenor does not agree to purchase Sky Mobile, events may proceed according to the Ukrainian scenario, when Vimpelcom acquired Ukrainian Radio Systems without its business partners’ consent. As a result, the two sides had to deal with lengthy litigations.