Russia comes into serious crisis with its WTO membership talks

Russia has made all concessions, which it could make in the talks about its incorporation in the WTO

The process of Russia's incorporation in the World Trade Organization may take a much longer time. In addition to the Russian dispute between WTO's followers and adversaries, Russia continues its fight with the international community regarding the terms of the membership in the organization. 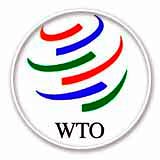 Russia wants to secure competitive advantages of its producers, having preserved low tariffs and prohibitive duties for substituting import. The foreign community wants to make Russia become a comfortable market. Russia's WTO membership thus represents a system of deterrents – a compromise, at which the government of the country plans to gain the maximum profit from the WTO membership with minimum losses for the industry of the national significance.

”For the time being, we have completed the talks with 33 states, with which Russia has 87 percent of the foreign trade turnover,” Russian Minister for Economic Development and Trade, Gherman Gref, stated during the recent talks in Geneva. Russia signed agreements with Norway and Mexico last week, whereas only a couple of issues remain unsolved with five other countries. In addition, Russia came to agreement to sign adequate documents with five other countries before September; the documents with India, Japan and the USA are to be signed before the end of the current year.

Nevertheless, the Western side in the talks has a rather skeptic attitude to Russia's accomplishments in the process of the talks. Stefan Johannesson, the chairman of the workgroup for Russia's incorporation in the WTO, stated that he was rather concerned about the talks with Russia. According to Mr. Johannesson, Russia is not ready to set forth the suggestions, with which it would be possible to start working. Stefan Johannesson added that he would not like to expand on the matter.

Pravda.Ru asked the question about the current affairs in the WTO talks to Aleksei Portansky, the director of the Informational Bureau for Russia's Incorporation in the World Trade Organization.

”Minister Gherman Gref said in Geneva that Russia would not make any other concessions in the process of negotiations. The minister was not the first person to release such a statement. The leader of the Russian delegation, Maxim Medvedkov, also said that Russia had made all the concessions that it could make on the matter. They want Russia to raise home prices on natural gas. The Russian delegation says no to it, claiming that it is an internal matter of the Russian government. In addition, Russia does not tend to abide by international obligations on energy tariffs. The West also wants Russia to cut prices on civil aviation. We protest against it too, for it would ruin the home aviation industry. To crown it all, Russia is not willing to give permission to foreign banks and insurance companies to set up their branch offices on its territory.

”Russia takes a rather tough position on tariffs for the services of natural monopolies. Our tariffs on internal and foreign railway transportations differ, which comes into conflict with WTO principles. However, the matters are different with energy tariffs. Unlike transportation tariffs, the WTO does not regulate them. They obviously want to deprive our certain producers of competitive advantages. It concerns fertilizer-makers first and foremost: 70 percent of their production cost is spent on gas.

”The market of financial services is the most sensitive one of all. Russia will not let foreign banks and insurance companies enter the national market and set up subsidiaries here: it would only be possible to do so through branch companies.

”Furthermore, the talks pertaining to the Russian aviation industry are still open. The USA, Canada and Brazil make their own aircrafts and sell them. These states will continue to strive for the zero prohibitive duty for the import of aircrafts. Russia will not make such a concession.

”There are several problems in the current talks about Russia's membership in the WTO. Russia will have to work more on its laws to adjust them with WTO principles. This is a rather slow process, and we have to work faster on that.”

Aleksei Portansky did not venture to predict, when the talks are going to be over and when the sides achieve the complete agreement on all issues. The specialist only hopes that all problems will be settled by December of 2005.