No third term for Putin

Central Election Commission of the Russian Federation (CEC RF) today refused to discuss the question of the third presidential term at the nation-wide referendum. This was an expected outcome: all the legal grounds for the refusal aside, it is obvious that the Kremlin is in no need of CEC’s permissions. 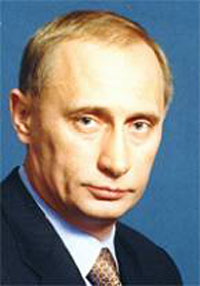 No third term for Putin

It is a known fact that the president mentioned several times not being interested in the third term. And besides, should such a necessity arise he will always have plenty of alternative ways to maintain his political power. Even so a prediction can be made that the closer we come to the year 2008 the more active various political groups would become, including those who lobby for the third presidential term and those who view Putin’s leadership as the best means of securing their own positions.

The proposal to hold a referendum was suggested by the CEC of Central Osetia–Alania, and the question of the proposal takes the following form: “Do you agree or disagree with the fact that the same person cannot hold the presidential post for more than two consecutive terms?” As the CEC RF states that the case according to which no person can hold two consecutive terms as a president can be found in Article 3, Constitution 81 of the Russian Federation. “Therefore the positive response to the question posed for the referendum is already assumed since it only cites the actual constitutional norm,” the CEC’s conclusion claimed. According to the Commission’s view constitutional norms don’t require any further confirmation, especially in the form of a referendum question.

In accordance with the mentioned factors the Commission states that the proposed question cannot be discussed at the national referendum. Liudmila Kuliasova, a member of CEC RF, explained during the discussion process that the referendum decision is accepted when more than 50% vote “for” while the decision is considered not made when the absolute majority votes “against.” This way the decision will not lead to the consequences of judicial nature.

On the other hand Valeriy Gizaev, a representative from the CEC of Central Osetia-Alania, stated that the main goal for the referendum question initiators is to provide the president with a chance to stay for another term or more. “Vladimir Putin will be able to continue the reforms he had begun, he has the strength,” Gizaev continued, “We would like for his administration to continue their work.”

By formulating their question in a way that provided the CEC with a chance to oppose it, its initiators tried to find a way around the federal referendum law that prohibits proposing a voting question in conflict with the Russian Constitution. However, in any case the question would not be able to influence any alterations to the constitutional law. The basic federal law assumes only one way that an amendment can be applied to its fourth article, and it cannot happen without the president’s juridical consent.

It must be mentioned that the initiators of the third term discussion are not as much interested in the result as they are in the process. They are well aware of the fact that they will not be able to reach their goal, but they nonetheless cease the opportunity to play the more localized political games. In addition the Kremlin is not indifferent to such games. For example such North Osetian imitative demonstrates to the whole Russian society that the tragedy in Beslan did not affect the Osetians’ warm feelings towards Vladimir Putin. The Chechnyan initiative shows that the Chechnians admit the president’s success in solving the conflict on their territory.

Finally the Kremlin benefits from such initiatives in the future: this could prove to the West that the president has wide national support. At the same time it is clear that the topic of a third term continues to present a scenario for the developing situation in 2008. Certain influential people realize that they have a lot to loose when the power passes on to another president. However their means of fighting for their interests seriously differ from the initiatives by the Chechens or the Osetians: in particular their methods include discrediting the potential candidates and pressure. The latter method, however, has proved to be ineffective with the nation’s current leader.