Storing only one kilogram of spent nuclear fuel brings $1,000 of profit

The security of both civil and defense nuclear objects has become a highly important issue during recent years. There are 213 nuclear installations, 454 facilities to store spent nuclear fuel, 1508 radioactive warehouses and some 16,500 radioactive sources in Russia. It stands the reason that such an impressive nuclear constituent requires special attention. 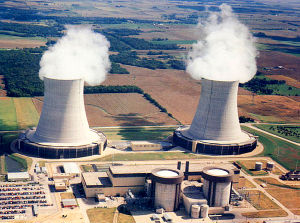 One may not say that Russian nuclear objects are being operated on a perfect level. Andrei Malyshev, the chairman of the Federal Service for Nuclear Control, said that the quality of various violations, which specialists make during their work, increased slightly in 2004. They were all technological violations, Malyshev added, which could not lead to any serious consequences. However, the situation in the Russian nuclear industry does not win favor.

The Russian Nuclear Power Agency currently implements a large-scale program for long-term storage of the spent nuclear fuel. The Russian nuclear industry already suffers from the lack of storage facilities, although it will soon have to deal with deliveries of foreign nuclear wastes as well. The project has a legal base for the time being. The laws to import spent nuclear fuel to Russia were passed in 2000. Russia also has the technology to establish adequate storage and production facilities. However, specialists of the Russian Nuclear Power Agency have not decided yet where the facilities should be built.

Storing only one kilogram of spent nuclear fuel brings $1,000 of profit, whereas the processing is a lot more expensive. This year, Russia ratified the international Vienna convention about civil responsibility for nuclear damage. Moreover, the Russian government submitted a new draft law to the Russian parliament about the ratification of the united convention on safe circulation of spent nuclear fuel and radioactive wastes. Moscow will host a conference of the International Atomic Energy Agency in March of 2006. It brings up the idea that Russia gradually becomes a full-fledged member of the global nuclear market.

The security of Russian nuclear objects was tested in May of the current year, during the energy crisis in Moscow, when a big part of the city was left without electricity. Andrei Malyshev, the chairman of the Federal Service for Nuclear Control, said that 360 nuclear objects were disconnected from electric power as a result of the power outage: all the objects worked normally during the crisis.

A spokesman for the Russian Defense Ministry, Colonel-General Igor Valynkin, said that Russian nuclear weapons experienced no losses or breakdowns during 55 years of their operation. It is impossible to conceal an accident with nuclear weapons, Valynkin said. However, the general could not guarantee the absolute safety of Russian nuclear objects: the terrorist threat is rather high.

Foreign states invest their funds in the Russian nuclear industry: American and German funds are currently being used to provide better security at Russian nuclear objects. American specialists have a right to supervise only the work of the firms, which install security means. It is noteworthy that the Russian Defense Ministry does not receive any profit: the funds are wired directly to the firms.

Nobody has a right to control nuclear defense objects of Russia even under emergent conditions. Neither UN departments, nor NATO have any international agreements on the matter. Russia conducts an active anti-terrorist cooperation with Western states. Russia, the USA and IAEA collaborate in the reduction of the radioactive threat: the initiative stipulates the withdrawal of nuclear wastes from third world countries, which Russia and the USA had delivered there previously. Nuclear wastes have already been removed from Yugoslavia and Afghanistan; Uzbekistan is next on the list.