Yesterday oil prices worldwide reached their lowest record in the past 10 months, surpassing even the record of $60 a barrel. The index has decreased almost by one-fourth since July when the barrel’s price was $77. Meanwhile price for the Russian Urals brand petroleum was traditionally quoted even lower – less than $57 per barrel. Such sharp falling of the oil prices resulted in a collapse across the Russian national fund market and generated a threat for a non-fulfilled budget. 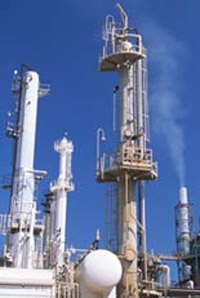 This significant decrease in oil futures has been linked to the Iranian president Mahmoud Ahmadinejad’s willingness to sit down for discussion talks involving his country’s nuclear program. Dmitriy Mangilev, an analyst of Prospekt, also named a second potential reason: This year the hurricanes bypassed the United States. Oil production in the Gulf of Mexico was not diminished thereby causing an excessive supply and consequently the falling oil prices. But the prices will eventually come back for revenge.

Not all experts agree with this. There are some suggestions that perhaps the price decline for oil and other mineral resources has acquired a long-term tendency, which could mean negative consequences for Russia ’s economy and budget. Alexei Kudrin, the national finance minister, often highlighted the fact that the 2007 federal budget had been calculated according to the average barrel price of $61 for the Ural brand of petroleum and the currency exchange rate of 26.5 Rubles for a $1. Considering that the Russian oil is currently quoted at a lesser number and that its price continues to fall the government may not be able to fit the budget previously outlined.

Nonetheless, the head of the Minfin financial policy department Alexei Savatiugin, mentioned in his comments about the current situation yesterday that there is no immediate threat for the macroeconomic stability in Russia due to the declining oil prices. According to his comments the oil market is very unstable and unpredictable, and it is impossible to guess the fate of the prices exactly. Today it costs $60 a barrel but by the end of the year it could be $50 or $70, Savatiugin explains. In any case he is convinced that even if the prices continue to fall it would not cause any major problems for the economy. Russia has the Stabilization Fund for such cases.

At the same time Evgeniy Gavrilenkov, a chief economist of Troika Dialog, suggests that it is not a good idea to downplay the danger. If the petroleum prices go lower than $37-38 per barrel then the budget faces a deficit and that would definitely mean seeking help from the Stabilization Fund. Such critical falling of prices worldwide will definitely affect the Russian economy. It is possible that the investments would decrease; the rate of national currency’s strengthening would sow down, etc.

The economist adds that the global tendency of the oil prices to decline is a long-term feature. Gavrilenkov brought up the fact that since the beginning of the year money has started to cost more. The reason for this is that in the U.S. growth of the dollar money supply has stopped – and the same scenario can be observed in Europe with the single European currency. Everything would, therefore, change if starting next year the Federal Reserve System of the U.S. would decrease the refinancing rates. The American economy then would go on expanding thereby guarantying high oil prices and eliminating the threat of non-fulfillment for the Russian budget.