Foreign investments in Russian economy to reach $100 billion next year

The economy of present-day Russia can be described as highly differentiated and complicated. The Russian administration is trying to balance between a variety of economic trends, giving world news agencies and foreign observers an opportunity to express their own interpretation of the current state of economic affairs in Russia. Nevertheless, no one doubts that the government controls and affects the nation's economy. 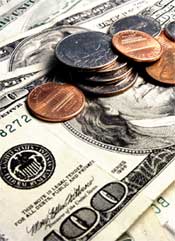 Economic changes in the country and the improving living standard can be seen clearly. US Secretary of State Condoleezza Rice said in one of her recent interviews that a lot of things had changed for the better in Russia over the recent several years. Ms. Rice noted that queues in Russian furniture stores prove the increasing purchasing capacity of the population and the expansion of the Russian middle class. On the other hand, Condoleezza Rice pointed out the considerable life quality difference between Russian cities, where the middle class was being formed, and villages, where the majority of people still live below the poverty line. It is noteworthy that the USA had a similar experience in the 1920s and 1930s, when industrial capital was developing in the States. The economic phenomenon of that period was reflected in classic American literature. The Russian government has been trying to smooth out negative consequences in the development of large industrial centers, introducing special programs for the support of provincial towns.

The outflow of capital, which Western specialists probably view as negative, is another typical trend of the present-day Russian economy. About 100 billion dollars haven flown out of Russia over the recent four years, which became a record level achieved since 1997, Fitch agency said. The agency believes that such an impressive number testifies to the hostile investment climate, which was particularly ruined by the Yukos case. However, investments in the Russian economy have been growing as well, although at a much slower pace. It would be logic to surmise that the Russian economy absorbs the money, which it can process at the moment, pushing excessive funds abroad. In addition, the government does not tend to keep the money in the country, but supports their export, the director of the Expert Institute, Andrey Nashchadin said. The practice is used to weaken the inflation pressure. The Russian government plans to liberalize the currency legislation in 2006 instead of impeding the capital outflow.

The Yukos case has definitely affected the Russian economy, although it did not became the key factor in determining the investment climate in Russia. Russian Minister for Finances, Aleksei Kudrin, believes that foreign investments in Russia might reach 100 billion dollars in 2005. There is nothing strange about the careful approach of the Russian government to large-scale investments in economic projects. Furthermore, Russian enterprises can afford saving debts to modernize their production, taking into consideration the increased gold and forex reserves. The foreign debt of the USA has been growing during the recent several years. The national wealth of the USA, however, has been growing a lot faster in comparison with the foreign debt, which saves the USA from default.

Nevertheless, Russia has a lot of economic problems to deal with nowadays. They are mainly connected with the weak process of the economic diversification. Russia presumably exports raw materials. Minister Kudrin said that the 5.8-percent economic growth was a stable forecast, although Kudrin added that a higher level of progress could be achieved too. It is noteworthy that last year's growth was registered on the level of 7.1 percent. There are certain problems with the recreation of the transparent economic capital. Spokespeople for the Russian Office of the Prosecutor General say, however, that the department is currently targeting other prominent Russian businessmen. According to Minister for Finances, Aleksey Kudrin, a lesser interference of this agency in the economy may speed up the economic development. To crown it all, Russia stands on the verge of important economic changes, such as the WTO membership and the completion of a series of reforms. Unlike several smaller states, which are incapable of affecting their macroeconomic indexes, the Russian economy depends on the government's decisions and will. Russia has all opportunities to slow down the progress of one economic field, focus attention on another one and accomplish necessary goals.