Perelman refuses a million dollars to live in complete poverty

As it turns out the mysterious genius who turned his back on a huge sum of money is actually living in complete poverty with his elderly mother. Though he avoids all media, Grigoriy Perelman agreed to answer a few questions. 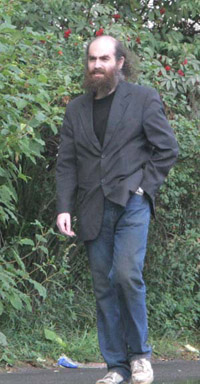 Perelman refuses a million dollars to live in complete poverty

…To find Perelman in his hometown of St. Petersburg was akin searching for a top-secret agent. The apartment he used to rent recently on Budapest Street had no inhabitants. According to his neighbors Perelman disappeared from there as soon as his decision to reject a million dollars became known on a global scale. No one was able to figure out where the great scientist had gone.

But the search was nonetheless successful. The 40-year-old genius lives in the Kupchino region of St. Petersburg in his mother’s three-bedroom apartment. The home of a 78-year-old Liubov Leybovna is located on the sixth floor in one of the local business buildings.

…An ordinary entrance, a worn-out wooden door. An elderly mother of a famous mathematician was holding tight her defenses and was determined not to let the uninvited guests in. Only after many long persuasive talks did the door into the apartment hesitantly open, allowing access to the most famous and the most “closed” scientist of all Russia.

All three rooms of Perelman’s house were packed with books and writings. The smallest room contained an antique piano that hasn’t been touched in a long time.

Further along the hallway is the living room with a small dinner table. An old violin and contrabass are visible in the corner.

“We aren’t well off, as you can tell,” Liubov Leybovna sighs, “the three of us live here together: I, my son and my daughter, Grigoriy’s half-sister. Elena is currently living abroad but my son…”

Suddenly the woman gets anxious realizing that she might have said too much and attempts to correct her sentence.

“In any case Grigoriy rarely comes here and you shouldn’t wait for him because I doubt he’ll show up tonight. He has his own rented place.”

Liubov Leybovna was unable to explain where an officially unemployed scientist could find the money for rent, so she hurried to get rid of her inquisitive guests.

Grigoriy Perelman appeared at his mother’s house later that evening around 6 pm . In the tradition of the best detective stories, thirty minutes prior to her son’s arrival Liubov Leybovna came outside and carefully examined the area in search of suspicious strangers. She paid much attention to the windows of the cars parked nearby as she walked around the house.

Ten minutes later her world-known child showed up. Wearing a dark beat-up jacket, a black T-shirt, old jeans and worn-out sports shoes Perelman quickly ran up to the house entrance. As soon as he noticed the journalists his face turned gloomy and he tried to get behind the door as soon as he could.

-Grigoriy Borisovich, why have you refused the million bucks?

-I had my reasons, - he said as he was running.

-Why are you hiding now?

-Where do you work now?

-Nowhere. I quit my job at the institute last December. Now I don’t work anywhere.