Russia has been defending its steadfast position, vehemently rejecting the statements about the “Soviet occupation”

The number of claims that post-Soviet republics set to Russia has considerably increased lately. The countries, which used to be directly connected with the Russian Federation, now want Russia to acknowledge the fact of “occupation,” to pay financial compensations and even to make territorial concessions. The Baltic states – Latvia, Lithuania and Estonia – have been especially zealous at this point. The former Soviet republic of Georgia tries to keep up with its Baltic associates. The new Ukrainian administration touches upon the question of the “fair distribution” time and again too, hoping to get hold of a part of property that the former Soviet Union used to have abroad. It is noteworthy that Ukraine does not wish to pay a part of the USSR's debt at all. 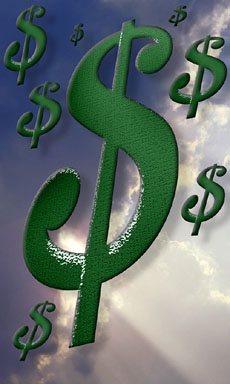 Russian democrats, human rights activists and pro-Western politicians are trying to do everything possible to convince the society and the Russian government that there is absolutely nothing alarming about such a trend. They say that Russia is obliged to apologize to post-Soviet states and acknowledge the fact of their occupation. After that the civilized community will apparently welcome the renewed democratic Russia, which will finally be able to join the rest of the developed world.

The authorities of the three Baltic states use similar arguments in their claims to Russia. Whatever a subject is, they want the Russian administration to acknowledge that Latvia, Lithuania and Estonia became the objects of the Soviet occupation from 1940 to 1991.

Such persistence can hardly be based on the wounded national pride only. The people that run such politics are rather pragmatic individuals. One may infer that sentimental statements are used to cover certain intentions that foreign politicians are pursuing in international relations. The process becomes clear, if one brushes moral aspects of the story aside and analyzes universally approved legal norms of the international community.

When WWII ended, the USSR directly participated in accepting a certain legal term, “occupation,” in international treaties and in developing the status of an occupant. If Russia apologizes for “occupation,” it will automatically pronounce itself an occupant. The status of an occupant will become a legal ground for other countries to set certain financial claims to Russia. Wild dreams about multi-billion compensations might therefore come true and take the form of court actions against Russia. Russia has been defending its steadfast position, though, vehemently rejecting the statements about the “Soviet occupation.”

Estonian, Latvian, Lithuanian and Georgian politicians keep in mind another aspect in their attacks against Russia. It goes about the status, rights and financial position of national minorities, the Russian-speaking population in Baltic states in particular. It is an open secret that the European Union is deeply concerned about the observation of humanitarian values in all EU states. The European Union can not turn a blind eye on the fact  that certain ethnic groups are classified as second best individuals. Dozens of declarations have been issued regarding the need to regulate civil and national affairs in the three Baltic states. There is absolutely no progress on the matter, though; the problem becomes more and more serious every year.

If Russia acknowledged the fact of occupation, the majority of Russian, Ukrainian and Belarussian citizens, who came to live in Lithuania, Latvia and Estonia during the Soviet period, would officially become occupants. According to international legal norms, occupants do not have any civil rights at all. Thus, there will be legal grounds created to categorize Russian citizens residing in the Baltic states as second-quality people. Their massive deportation to Russia would complete the process.

Georgian President Mikhail Saakashvili has a different objective, though. According to European decisions, the Georgian president has to take care of local Turks, who return, or have already returned to Georgia. The Georgian Treasury does not have necessary funds for the problem, although Mr. Saakashvili must show himself to Europe in the best possible light. Mikhail Saakashvili apparently can not resist the temptation of laying the financial burden on the shoulders of Russian tax-payers.

This is the real material price of moral apologies, which post-Soviet states want Russia to make. It goes without saying that the retrieval of historical justice has absolutely nothing to do with it.