Russian authorities have accused the Qatar-based TV channel al-Jazeera of creating incorrect perception of the Russian politics, particularly in Chechnya. The department for information and press of the Russian Foreign Affairs Ministry released a statement yesterday, in the form of an anonymous answer to an anonymous question pertaining to “biased” reports of the TV company. According to the Russian Foreign Affairs Ministry, al-Jazeera often broadcasts materials, the goal of which is to worsen the atmosphere of Russia's relations with Arab states. 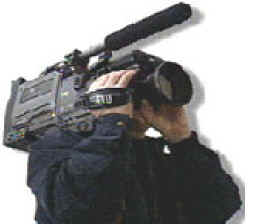 ”Certain circles abroad do not like the fact that Russia is successfully developing foreign relations with Arab states, that Russia's authority and prestige is growing in the Arab and Muslim world. Things are often portrayed as if the vast majority of Chechens have not voted for peace, stability and development in the Chechen republic as a part of the Russian Federation,” the statement from the ministry runs.

Spokespeople for the Russian representative office of the company believe that the foreign affairs ministry released such harsh comments in connection with the documentary titled “Grozny Under the Sword.” The company acquired the rights to air the film from its authors, French filmmakers. Such commercial exchange of products is considered a common world practice, spokespeople for al-Jazeera's Moscow office said. The film does talk about devastation and fear-gripped atmosphere in Chechnya, but it mentions nothing about Russian authorities' success in the process to establish law and order in the war-torn republic.

Spokespeople for al-Jazeera's management considered the statement from the Russian Foreign Affairs Ministry to be rather lop-sided. They believe that the company's journalists have made numerous objective interviews and reports about Russia. Mr. Akram Huzam, the chairman of the Russian office of the company, told the Vremya Novostei newspaper (Akram Huzam conducted a 50-minute interview with President Putin in the autumn of 2003) that al-Jazeera's journalists did not have a goal to worsen or improve someone else's relations: “Quite on the contrary, our journalists try to present true information to our viewers. I would like to ask the Russian Foreign Affairs Ministry to grant visa-free entry to foreign journalists in Chechnya, to make reports about the republic even more objective,” Huzam stated.