Russia's last telecommunications monopoly to be sold later this year

Russian Ministry of Economic Development has said that it would shortly request the government to remove Svyazinvest from the list of strategic companies. In other words, the mechanism of the largest privatization deal has been actually set in motion by German Gref, Economic Development Minister. According to Vedomosti, experts call the announcement “the first positive news about Svyazinvest.” 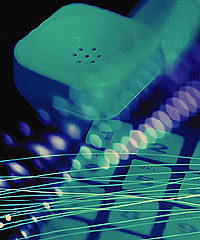 Final privatization of the last monopoly on the telecommunications market has been in the works for a long time. As by original plan, the government was going to privatize the company by 2004. Having revised the plan, the government set the year 2005 as a new limit. Later investors expressed their concerns when the company was not included into the “Privatization-2005” program. Then the government said that the company would be put on sale by a special decree. Speaking on the air of one the Moscow radios, Arkady Volsky, head of the Russian Union of Industrialists and Entrepreneurs, expressed his discontent over the situation: “Are we ever going to put an end to this Svyazinvest saga? This is a disgrace. I just can not understand who is charge of putting things straight.”

According to Mr. Gref, no exact size of a block of shares to be sold has been stipulated in the draft decree. He said that the issue related to the privatization in general. “We made it quite clear a long time ago, we believe that 75% of shares minus one share of the holding should be sold,” said unnamed officials of the Ministry of Economic Development to Vedomosti.

Until recently, Alfa Group has been regarded a competitor most unlikely to win the tender. But the situation may change in the near future. European Bank for Reconstruction and Development is also planning to take part in the bidding for Svyazinvest and its affiliates. The plan is part of a new strategy of the bank for dealings in Russia. EBRD normally buys minority interests so it is likely to join forces with some other competitor. Vedomosti cite experts who say that an alliance between EBRD and Alfa Group can not be ruled out.

In the meantime, many other experts are skeptical about the prospects for Alfa Group to win the tender. They point out that companies affiliated with the Ministry of Telecommunications, and AFK Sistema are expected to cross swords in the fight for Svyazinvest. AFK Sistema seems quite prepared to fight hard and bid up to $3-4 billion for a controlling stake of the company. AFK Sistema was recently paid $1.56 billion for initial public offering (IPO) of its shares amounting to 19% of the authorized capital.

Meanwhile, estimated value of 75% of the Svyazinvest shares stand at $2.6 billion, according to experts, though they have doubts that AFK Sistema will challenge the structures closely associated with the government. “A consortium comprising Telecominvest and AFK Sistema could be formed to boost their chances for success,” said Nadezhda Golubeva, an analyst with the investment company Aton.

As regards the market value of Svyazinvest, there are signs of some scheme aimed at writing it down. The company continues to implement its investment program for the modernization of operations and services. Some experts say that the program can only lead to the sale price reduction of the company due to high capital-output ratio of the program. Short-term prospects for the company indicate that its market value will go down due to a heavy burden of credit liabilities. It makes no difference whether the privatization will take place in 2005 or 2007 since the investment program covers the period up to 2010. The latest developments in Svyazinvest could be a hint at the outcome of the tender. A company closely related to the state is most likely to become the winner.