Russian oligarchs have begun to explore a new sphere of investments – the sphere of high-tech or foreign manufacturing. Russian oligarch Vladimir Potanin on April 11 acquired a 35 percent share of a U.S. high-tech development firm via his corporate empire. And while it is far too soon to determine whether the purchase marks the start of a trend, the potential implications for Russian investment abroad are massive. 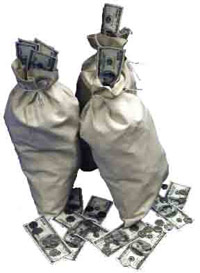 Russian metals giant Norilsk Nickel and its parent company Interros spent $241 million April 11 to secure a 35 percent share of U.S. fuel-cell developer Plug Power. The venture by Vladimir Potanin, the power behind the both Norilsk Nickel and Interros, into fuel cells marks the first real investment by any Russian oligarch into any foreign sector not mirroring the oligarch's operations in the former Soviet Union.

Throughout the 1990s, the oligarchs stole assiduously from the Russian state, manipulating domestic politics and wringing every drop of cash from whatever assets they controlled. In the aftermath of the 1998 ruble collapse, the slow realization dawned that such a strategy constituted a sort of starvation diet, prompting the oligarchs to manage their assets differently.

Thus, the oligarchs began reinvesting in their own operations and tinkering with the Duma and regional governments with an eye toward something beyond rape-and-run profitability. By 2003, the mindset had changed again, with most oligarchs ending (or at least severely muting at the federal level) whatever political ambitions they once had.

This hardly means the Russian oligarchs have become model corporate citizens, simply that their financial outlooks have greatly evolved. But while several have expanded their operations, sometimes even abroad, until now none of them really ventured beyond their core competencies.

Thus, even though Vagit Alekperov's oil firm LUKoil has aggressively purchased overseas assets, including U.S. refiner and retailer Getty Petroleum, Alekperov ultimately is still an oilman. Similarly, while Oleg Deripaska's aluminum giant Rusal has swept up electricity generators, his purchases have not had the ultimate goal of penetrating a new sector, but rather of ensuring Deripaska's smelters have adequate and reliable power supplies. Only Roman Abramovich has ventured significantly beyond his core operations, but his purchase of soccer teams and race tracks in Europe are more the actions of a magnate-turned-playboy leaving the Russian game altogether than of a man bent on breaking new corporate ground.

Norilsk Nickel's purchase of Plug Power is a different breed altogether. Plug Power is among a handful of firms on the leading edge of fuel cell development. In theory at least, fuel cells could potentially revolutionize the global energy industry by providing virtually pollution-free electricity for everything from water heaters to vehicles to streetlights to ships. It truly is a technology that potentially could launch the human race beyond the petroleum age.

With the Plug Power acquisition, Norilsk Nickel - and Potanin, the oligarch behind it - is moving into something fundamentally new for Russian firms: high-tech semispeculative ventures in foreign countries that by their very natures are extremely long-term, but that nevertheless mesh with the existing strengths of the oligarch's empire. Just last year, Norilsk Nickel launched a $120 million, three-year, media-savvy program in league with the Russian Academy of Sciences called New Energy Projects to help with the research and development of fuel cells in Russia.

However technological revolution won’t happen soon. Fuel cells generate electricity by combining stored hydrogen with atmospheric oxygen, a process that creates water plus a good amount of energy. One of the chief problems of fuel cells is getting hydrogen to power them. The easiest way to harvest hydrogen is simply to strip it off of methane (natural gas) molecules. That, however, means fuel cells remain linked to fossil fuels, meaning carbon emissions have merely moved from one point in the energy cycle to another.

An alterative method is to strip hydrogen off of water. But that method yields no net energy back -- remember that the reaction in a fuel cell combines hydrogen gas with atmospheric oxygen to make water vapor; simply reversing the reaction does not generate any fresh power. Building fuel cells using hydrogen produced in this manner by definition uses as much energy as it creates.

That leaves the only non-carbon-intensive process now in existence: splitting water molecules with nuclear-generated electricity. But until nuclear power becomes more socially acceptable, fuel cells are unlikely to prove very popular outside of locations such as Iceland or New Zealand, where geothermal power is abundant.

In the meantime, experimental work continues. Fuel cell technologies require expensive platinum-group metals, specifically palladium, to function as a catalyst for the necessary reactions within the fuel cell. In the case of Plug Power, palladium accounts for one-quarter of their production costs. And Norilsk Nickel's facility in North Central Siberia, which sports 1.3-mile deep tunnel complexes, make it one of the world's top nickel, copper and platinum producers - and the No. 1 palladium supplier.

It is impossible to say how successful Potanin's fuel cell ventures will prove, much less whether Russia 's other billionaires will follow his strategy of expanding the scope of his foreign investments. But the possibilities are enormous.