President Vladimir Putin is doing a fairly good job of promoting Russia in the modern world and improving state institutions. His successor will have to continue these roles and adopt a harsher line to a few issues. This is the opinion of most Russians according to a survey taken by the Russian Centre for the Sociological Studies. 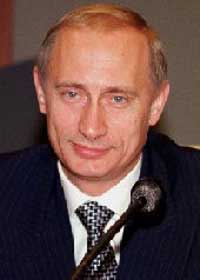 It appears that the majority of those surveyed believe that the president is going a good job and is strengthening the sovereignty. 81% agreed with this view. At the same time 74% think that he is bringing Russia closer to countries in the West. 72% think that he has brought order to the country and improved the law, whereas 70% of the participants of the poll say that he has improved state institutions and the political system. 65% of citizens say that he’s improved democracy, people’s rights and freedoms.

65% of those polled believe that Putin is protecting the country’s interests, traditions and values. It is clear that Putin’s presidency has been marked by a strong attitude towards the economy and limiting of companies’ profits and those of individual businessmen. He is, however, continuing to give support to private businesses and the government is not meddling in the economy as much as before.

21% think that President Putin has achieved all the aims of his presidency. Half those polled agree that his policies are good, but add that the implementation of the policies could improve. 9% of people think that he has not achieved any success due to his policies being very poor.

The majority of Russians, 74%, think that Putin’s polices should be preserved after he relinquishes the presidency in 2008. Of these people 47% believe that in the future although the essence of Putin’s politics should remain, certain changes must be made to his policies. 18% of Russians would like to see changes in the government policy in 2008. 36% of those polled think that for the most part Putin’s should be preserved and that only slight changes should be made to his policies.

The president of the Institute for Strategic Assessment Alexander Konovalov explained the reasons for such a desire for political stability, “ Russia is a patient nation. What many people would find disgraceful is accepted here because there are much worse things happening in the world such as war. The world of politics in this country is so clear that there are no opponents. If you want something from somebody, then you have to see them face to face. The lack of an election for Russians is also a reason why they do not want any changes.”

Those polled have written down the changes which they believe Putin’s successor must implement. 76% of Russians believe that the next president should be hard line than Putin in carrying out politics in the interests of the Russian people. The same proportion of people thinks that the next president should continue the struggle with the oligarchs and increase the state’s role in the national economy. 53% would like to see Russia interacting less with the USA and western countries.

Such an awful state in the world is according to Konovalov due to state propaganda, “It is much easier to lead a nation into such a situation. It is simpler to say that all our troubles are caused by foreign enemies than to confess to one’s own economic inadequacies. However, the unexpected success of the political party Rodina has threatened the strength of the authorities. The government realizes that the wave of support that Rodina enjoys could have disastrous consequences for the current regime.”

Russians are not inclined towards institutional reforms; 70% of those polled would like Putin’s successor to continue to lead the country on a politically independent basis. 21% think that a party leader would be more effective than an independent figure. “This is the result of great mistrust in parties generally and there is a tendency towards having simply a tsar in the country. People’s mistrust in parties is perfectly justified. Edinaya Rossiya, a party from which Putin’s successor may come, is a party of bureaucrats whom Russia has always disliked.