United Russia members were the first to suggest the initiative in December 2004. The party is sure the measure will help fight financing of terrorism. On the contrary, experts and market makers are not that optimistic about the effectiveness of the innovation. 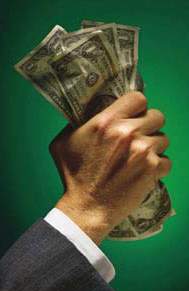 They fear that the new measure will break people's trust in the bank system. To tell the truth, Russians actually have little trust in the domestic bank system nowadays. It is for sure that force structures will employ their right for information in case the Duma adopts the law on abolishment of the bank secrecy. Bankers complain that even today, when the law on the bank secrecy is still in force, force structures often request for some particular details about depositors thus violating the law.

Oleg Kazakevich from the Russian Banks Association committee for bank security says law enforcement structures often interpret the law on the bank secrecy the way they need. “Banks are sometimes forced to unveil business procedures of their depositors,” he adds.  According to The Novye Izvestia, all inquiries made by the Ministry for Internal Affairs and about 30 per cent of inquires from fiscal services are in fact the inquiries about any possible details about bank depositors, not mere abstracts of their accounts.

If amendments to the law on the bank secrecy are adopted, the police will have access to the information about clients' money even before they institute criminal proceedings against them. Indeed, the innovation will give almost all police officers the right to inquire about bank accounts.

It is true that the notion of bank secrecy is rather vague in Russia today. According to the legislation in force, only courts and the Federal Service for Financial Monitoring have the right to request information about bank accounts and deposits of individuals; it is the prosecutor that allows the police to request deposit details from banks concerning people against whom the police have already instituted criminal proceedings. Disclosure of the bank secrecy must be punished. According to the legislation in force, a bank and its personnel must cover the damage caused with disclosure of the bank secrecy. But it was only once in the past years that a bank was punished for unveiling the bank secrecy and had to pay a fine at the rate of 5 thousand rubles.