Russians are much more concerned about economy, not democracy

Which problems in Russia should be given first priority attention in their solution?

Russian people believe that the economic development and the situation in the socio-economic field are two major problems of the nation. According to results of a recent opinion poll, which was conducted by Romir-Monitoing research center in February, Russians push the strengthening of democracy into the background among the country's other problems. 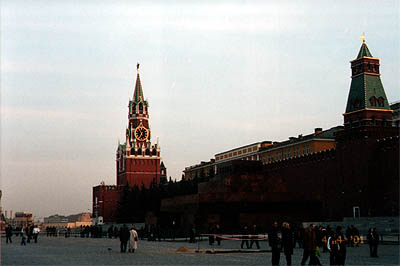 The opinion poll was conducted among 1,500 residents in more than a hundred of Russian cities and settlements. The respondents were offered to answer the following question: “Which problems in Russia should be given first priority attention in their solution?” The list of nation's major problems contained 20 issues. The people pointed out “the development of the Russian economy” much more often than all other issues mentioned on the list – 45 percent. Twenty-nine and 28 percent of respondents said that the government should struggle against growing prices and inflation to improve the national well-being.

Unemployment and communal problems ranked fourth among other priorities – 21 percent of people named those problems. Fourteen percent of respondents said that the government should do something about corruption, 13 percent pointed out healthcare problems, whereas eleven percent believe that it is very important to decrease oligarchs' influence on the government and deal with the problem of delaying wages and pension payments. Ten percent of respondents mentioned the situation in Chechnya, others named “taking greater care for elderly people” and “developing the social help for population.”

Only three percent of Russians, who took part in the above-mentioned opinion poll, said that the further strengthening of democracy was a very important issue in Russia. This opinion was listed on the next to last line of the list of problems, marked as “miscellaneous,” Itar-Tass reports.