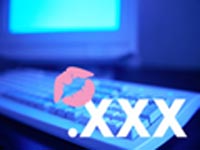 The trading of pornography over the internet is a huge worldwide industry with 2-2.5 billion sales taking place each year. It is thought that 200-250 million dollars end up in the pockets of Russian adult webmasters.

There are also individual webmasters, who do not own their own material, but attract viewers to other pay sites. They create free pages where they post pictures which encourage viewers to look at material which you have to pay for. Such individuals earn 2-3 000 dollars a month. Experts think that 5-7 000 American webmasters earn up to ten times more than those in Russia .

The penalty for the illegal distribution of pornographic material is a fine or imprisonment for up to two years. However, not one person has ever been convicted of selling pornography online. The problem is that the law does not have one definite definition of what constitutes pornographic material.

The distribution of spam appears to be a hugely profitable business. Statistics show that about 40% of spam advertises medicine and beauty treatments. Sending a message to one million addresses takes only fifteen minutes and costs 90 dollars. If a company only has a couple of hundred dollars to spend on advertising, it has no other choice but to spam people.

In 1997 only a third of emails received were spam but by 2005 the figure had risen to about 80%. Hostility towards spammers has occurred very quickly. In July 2005 when the head of “The Centre of American English” Vardan Kushnir, one of the most famous distributors of spam on the internet, was killed, thousands of users openly expressed their delight at his death. The 35 year old man was killed in his flat on Sadovai-Karetnaya Street in Moscow.

The Centre of American English became one of the most well-known companies to Russian internet users. It is said that at the height of its popularity between 2003 and 2004 the centre sent out up to 25 million spam messages to email addresses. By the end of 2004 about 7.9 million people each week were receiving messages from the company.

Computer experts believe that over the next few years, as new internet technology is brought out, it will become increasingly more difficult for the spammers.

The trading of pirate music is also big business. Figures suggest that seven out of every ten mp3 files downloaded from Russian sites are downloaded by foreigners. On average each file costs only 10 cents on Russian pay sites.