Sergei Ivanov, the Foreign Affairs Minister of Russia, rejected the information of US media outlets saying that Moscow had supposedly offered the Iranian government to conduct uranium enrichment research on the territory of Iran. 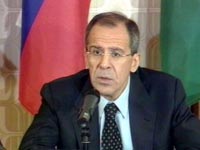 “All argumentations about a certain secret offer from Russia were a hoax,” the Russian minister told reporters Friday in Algeria visiting from the USA. “We have repeatedly emphasized that before. There was no offer about it from Russia.”

The minister added that Iranian officials insisted on the inclusion of the uranium enrichment research on Iran’s territory on the list of agreements to extricate from the nuclear program crisis. According to Lavrov, Russia’s response to the request was simple. All questions regarding the Iranian nuclear program need to be solved solely with IAEA’s participation in the context of the uranium enrichment activities moratorium. “We have informed the director of the IAEA, England, France, Germany, China and the USA of the contacts that Russia has had with Iran,” Interfax quoted Lavrov as saying.

The Russian minister added that he presented the information about the talks with Iran to US Secretary of State Condoleezza Rice. Sergei Lavrov added that he had informed Ms. Rice of Russia ’s stance on the matter.

“During our conversation in Washington the US Secretary of State Condoleezza Rice expressed her gratitude for the information. Ms. Rice complained of a certain “compromising suggestion from Russia regarding the nuclear research in Iran. She said that the “news” was receiving quite an emotional coverage in the US press. That is why she asked me to publicly reject the information. This is what I did when I answered an adequate question at a press conference. It was not hard to act so because, I would like to repeat here, all argumentations about a certain secret offer from Russia was a hoax,” Sergei Lavrov said.

“If an American official, who did not take part in the discussion, decided to interpret their own version of events to reporters to propagandize the “victory of US diplomacy” with media's help – this is not my problem at all. It is a question of discipline and ethics in adequate administrative structures of the USA. Such things put obstacles on the way of developing efficient measures to regulate the Iranian nuclear program,” Lavrov said.

“I offer American journalists to ask Ms. Rice whether our conversation has taken place as described above. I am sure that the Secretary of State will remember the details of the talks,” Russia's Minister for Foreign Affairs said.

US reporters also said that Washington had supposedly made Russia withdraw its offer to let Iran conduct uranium enrichment works. “I do not know whether the sources, from which the information was taken are negligent or the US media are lacking professionalism, if professionalism implies an ability to tell people the truth but not to fulfill someone else’s instructions. I console myself with the fact that US reporters have not outstripped the Russian newspaper Zhizn, which wrote that US President George W. Bush had supposedly invited me to visit his ranch but then changed his mind. Our freedom of speech or “freedom of fantasy” is stronger than that in America ,” Sergei Lavrov concluded.