As long people have little free time, they do not waste it on cooking meat chops

Russian meat-packing factories increased the production of sausages and other half-finished products by 15 percent. Market specialists explain the increase with a lack of free time that Russian people have been experiencing lately. There is another version, though: the price growth on half-finished products last year was slower as opposed to growing prices on raw meat. 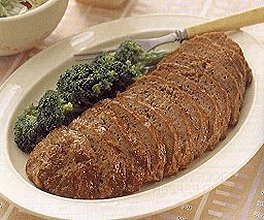 The production of half-finished meat products has increased 3.6 times over the recent five years in Russia. Specialists say that similar dynamics will be preserved in the near future. Industrialists explain it with the growing consumer demand, which is connected with the fact that more and more Russian people suffer from the lack of free time, which they could spend on cooking meals. Producers, therefore, believe that Russian people had a lot of spare time five years ago, for they preferred to eat lots of fried meat. Now, as long people have little free time, they do not waste it on cooking meat chops and “enjoy” buying a pack of frozen meat dumplings instead.

Independent market specialists have a different viewpoint on the matter. They believe that meat-processing factories were raising prices on their end products slowly while beef, pork and poultry prices were growing a lot faster last year. According to the information from the Agrarian Market Institute, the prices on all kinds of meat products were gaining 4-5% on a monthly basis in 2004. In addition, population's higher income was nullified with the growing inflation rate. Therefore, specialists conclude, Russian people's eating preferences are changing in favor of microwave food on account of the money shortage.