Time running out for Russia and Iran to reach nuclear agreement

Today the third round of talks between Russia and Iran will take place in Moscow. It only yesterday became known that the secretary of Iran ’s Supreme National Security Council (SNSC) Ali Laridzhani will be visiting the Russian capital. Before this the head of the Iranian delegation was scheduled to be deputy secretary of the SNSC Ali Hosseini-Tasha, who was expected to arrive in Moscow yesterday. However, the Iranian embassy’s rejection of the VIP lounge in Moscow airport, which it had previously ordered, signaled that plans had changed. 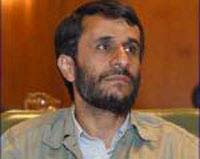 Time running out for Russia and Iran to reach nuclear agreement

Vremya Novostey’s sources on both the Russian and Iranian sides yesterday categorically refuted claims of the apparent cancellation of Ali Hosseini-Tasha’s planned visit. The press office of Russia ’s Security Council reported that Mr. Laridzhani’s visit was first mentioned last week and is concerned with “planning consulations”. Widespread information on Hosseini-Tasha’s visit was apparently “unofficial”. A source in Iranian diplomatic circles suggested that in this case journalists may have used “unverified information”.

Consequently, the head of the delegation is now Ali Laridzhani, whilst his deputy will appear as just an ordinary member. According to current information, Golyamrezu Agazade, vice-president of Iran and head of the National Atomic Energy Organization, is also expected in Moscow . Today the secretary of the Iranian Security Council will meet with his Russian counterpart Igor’ Ivanov. The press office of Russia ’s Security Council reported that “the talks will take place in secret and should be finished by the end of the day.” Mr. Laridzhani should also be taking part in talks in Russia ’s Foreign Ministry and may also visit the Russian parliament.

Active Russian-Iranian consultations concerning the nuclear problem began last week. Ali Hosseini-Tasha was a guest in Moscow on 20th and 21st February, then a delegation of Russian experts under the leadership of the head of the Russian Atomic Agency Sergei Kirienko went to Iran from 24th-27th February. The parties discussed both the creation of a joint enterprise for enriching uranium on Russian territory, and Iran ’s total abandonment of experimental research and practical work in the nuclear sphere. The resolution taken on 4th February by the Council of the International Atomic Energy Agency (IAEA) also urged Iran to undertake the latter measure.

If today’s Russian-Iranian meeting does not end with a concrete agreement, Teheran will only have four days left for its atomic plans to meet the demands of the international community. On Monday 6th March the IAEA Council will discuss the possibility of handing over the Iranian nuclear dossier to the UN Security Council. This may serve as a precursor for the introduction of sanctions against Iran .

The participants of this session have already been issued with the 11-page report of the IAEA General Director Mohammed Al-Baradei. The document contains criticism addressed at Iran . In particular the report claims that during their three-year long work in the country international inspectors were not able to prove the peaceful intent of Iran ’s nuclear programme. It also maintains that between 11th and 15th February a 10-centrifuge cascade was launched for the enrichment of uranium and that a cascade twice as powerful is currently being tested. Moreover, Teheran is apparently planning on setting up 3000 new centrifuges by the end of the year (in addition to the already existing 164) in the underground nuclear centre in Natanza, and in the long term intends to extend this number to 50 thousand.

To solve this problem, Russia has suggested transferring the entire cycle of nuclear enrichment for Iran ’s energy requirements to our territory. The head of the Russian Atomic Energy Agency, Sergei Kirienko, who visited Teheran at the end of last week, seemingly managed to persuade the Iranian leadership to create joint enterprises with Russia for processing uranium. The USA , as Iran ’s main opponent, is for the time being viewing these developments with extreme skepticism. Adam Ereli, a representative of the US State Department, yesterday described talks of a Russian-Iranian agreement as “meaningless chatter, instigated by the Iranians in the run up to the IAEA council’s session”.

However Iran does not want to completely lose control over its uranium processing. Yesterday the foreign minister Manucher Mottaki repeated that Teheran will not abandon its research in the sphere of uranium enrichment. He explained that his country “will not tolerate nuclear discrimination, especially since Iran is pursuing exclusively peaceful aims”. The official Iranian newspaper The Teheran Times reported yesterday on Teheran’s insistence that there should be an addendum to Russia ’s proposal for the creation of a joint enterprise, which should “acknowledge Iran ’s right to gradually begin enriching uranium on its own territory”. At the same time Iran ’s president Mahmoud Ahmadinejad called for Russia and the USA to free themselves and the whole world from nuclear weapons.“These weapons, which the major powers and occupiers have placed in our region, represent a threat to stability,” he announced at a press-conference in the capital of Kuwait .

An Iranian diplomatic source predicts that the tense Russian-Iranian consultations will continue until the very day of the IAEA council’s session. Disagreement remains concerning concrete questions of the creation of the joint enterprise, such as “whether it will be a corporate company, what stake Russia and Iran will have in it, and how the profit will be shared”. As far as the chances of the nuclear dossier on Iran being sent to the UN Security Council are concerned, in the opinion of an Iranian source, “everything is possible”, but it is most likely that, “thanks to Russsian efforts, an alternative variant will be found”.