Russia will have its pride hurt in the beginning of the new year, when Viktor Yushchenko's inauguration takes place in Kiev. Ukraine has finally chosen the way of its development for decades ahead. Russia will be closely involved in the process. Ukraine is unable to live without the Russian fuel and sales market. Russia will have to deliver its oil and gas via the territory of Ukraine. Cooperation with Ukrainian enterprises is highly important for hundreds and thousands of Russian companies. It goes without saying that it will be impossible to cancel longstanding cultural and economic links between the two countries even within a decade. 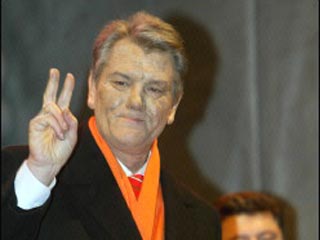 Viktor Yushchenko's victory at the presidential election does not mean that Ukraine, the largest of all post-Soviet republics, has taken a strictly pro-Western orientation. As they say, Ukraine does not want to become a part of Great Russia anymore. The European model of life is still an illusion for Ukraine, albeit a rather attractive and understandable illusion.

The new political situation in Ukraine will cause certain problems and losses for Russia too. The Russian administration will have to forget about the notorious imperial ambition without this country. Furthermore, grand projects like the creation of the joint economic space will not be realized. Political relations between Russia and Ukraine will definitely become more complicated. Russia supported Yushchenko's rival, Viktor Yanukovich, during the election battle – it was the Kremlin's strategy. Needless to say that they do not condemn those who win. Russia, therefore, will have to be very careful since it has found itself involved in such a complicated game.

It is possible to say now that a civil war will not break out in Ukraine, although the situation in eastern parts of Ukraine will obviously become less comfortable for people. Ukrainian largest tycoon, Rinat Akhmedov, a follower of Yanukovich, has already exercised his willingness to negotiate.

One shall also presume that the camp of the winner will soon be gripped with fights, when politicians will be trying to win a better place and become closer to the president. It is not ruled out that Julia Timoshenko, another outstanding leader of the Ukrainian opposition, will not make it to the office of the prime minister – her current goal number one. The position will most likely be taken by someone “weaker” like Alexander Moroz, for example (the leader of the socialist faction in Ukraine), whose attitude to Russia is rather loyal.

Ukrainian President Leonid Kuchma won Putin's support and managed to promote the political reform in Ukraine. The president, however, has not been able to solve every single problem. The fate of the reform will now depend on Viktor Yushchenko. One may not doubt that it will be delayed till parliamentary elections, at which the new Ukrainian leadership hopes to obtain the majority of seats and nominate their own premier without any auxiliary agreements.

The question of Viktor Yushchenko's heath is still actual, though. If he has been poisoned with dioxin, a new reelection of the president is possible to happen in Ukraine again, for it is a strong and long-lasting chemical. Yushchenko will have to take a profound rest and undergo a medical treatment after his inauguration.

At any rate, the Kremlin is supposed to run very friendly and reasonable politics towards Ukraine right now. If Russia shows that it has been offended with the final outcome of the Ukrainian election, it will inevitably end up in self-isolation. Serious politicians do not have a right to take offence. When Ukrainians went to the polls for the third time, they chose Europe, not Russia, and the Russian administration obviously has to learn this lesson.