On 7th February specialists at Moscow’s Burdenko Military Hospital admitted Private Andrei Sychev. His beating by older soldiers at the Chelyabinsk Militiary School during New Year celebrations has resulted in the start of the biggest campaign for years in the struggle against “hazing” in the Russian army. Private Sychev has recently been taken from Chekyabinsk to Moscow by a special flight provided by the Ministry of Defense. 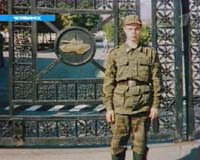 Doctors up until the last moment were not able to sort out his transfer. On Monday tests painted a very bleak picture and so he was not transferred. However, on Tuesday his temperature went down and a transfer was possible. At about 1 o’clock the military aircraft with Andrei Sychev on board left Shagol airfield and two hours later landed at Chkalovsky airfield outside Moscow. He was then taken by ambulance to Burdenko Hospital. Andrei Sychev’s mother, who spent more than a month in Chelyabinsk, accompanied her son on the journey. Doctors plan to remove the immediate danger to the patient’s life and then begin reconstructive surgery. The details of the treatment have not yet been determined and the decision will be made once Andrei Sychev has been fully examined.

Meanwhile the Chelyabinsk military court has decided to carry out five criminal investigations. They have come about as a result of the abnormal interactions that are taking place in the Chelyabinsh military school where Sychev served. The cases can start to be considered at the end of February. The people of Chelyabinsk are paying attention to the situation of another family, the Sivyakovs. Young Sergeant Alexander Sivyakov is charged of humiliating Sychev. The mother of the arrested soldier complained to Chelyabinsk journalists that the investigators were not allowing her to see her son.

Andrei Sychev is not the only soldier to be left without legs because of “hazing”. There is a soldier by the name of Evgenii Koblov who is now in hospital. In May 2005 he was severely beaten by fellow officers and he was unable to make his way to his barracks. He only managed to crawl to the officers’ living quarters. The soldier lay in the basement for 25 days where workers did not notice him when they came down to carry out repairs. Koblov lost fifty kilograms in weight during this time and he contracted gangrene. At the end of May his legs were amputated. A criminal case of excessive use of violence was filed against Koblov’s fellow officers after Andrei Sychev ended up in hospital.

Another soldier, Alexei Krasko, is also in danger of losing his legs. He was hospitalized on 1st February after he was beaten by a sergeant on 28th or 29th January and he spent two days walking in -30 C temperatures away from his barracks which are 40 km from Irkutsk. Private Krasko stayed in intensive care for five days with frost-bite. He was then transferred from Irkutsk to Chita. He is now in a Siberian military hospital, the Vremya Novostei wrote.

The number of incidents of hazing continues to grow. On Tuesday Roza Semyeikina, the mother of Dmitri Smirny who served in the Kantemirovsky division of the military school, said that her son had endured beatings. She became more interested in her son’s situation after the burial of her husband. Dmitri left his barracks to come to the funeral and all his clothing was hard from blood. The son stopped sending any messages and his mother wanted to clear up the situation. At the end of January she went to the barracks and saw that her son was in hospital. Dimiti told her about the terrible treatment which he had suffered and about how he was beaten across the legs. This forced him to fill in a request to be transferred to the contract service. The head of his barracks held talks with his mother and he refused to change his decision regarding Dmitri’s transfer to the contract service. In order to save her son his mother sent a written request to the Commissioner for Human Rights of the Sverdlov region. There are not yet any official reports on this story. Alexander Kudravtsev as military commissar said that he was not up to date with the details of the beatings suffered by Dmitri Smirny.