It was a hard decision for Russia to make, but it finally joined other creditors

The Paris Club of creditors decided to cancel 80 percent of the Iraqi debt to its members. Russia was the last country to support the decision: Russian Finance Minister Aleksey Kudrin released the adequate statement on Sunday night. 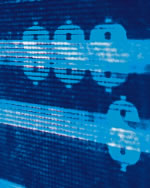 The question about the abolishment of the Iraqi foreign debt has been actual for several years already. The Iraqi foreign debt is estimated at the total of $120 billion; the war-torn country owes $42 of it to the Paris Club. The USA insisted on canceling almost the entire debt for the country, the economy of which the States will have to retrieve. Other creditors did not hurry to act so, though. Iraq owes about eight billion dollars to Russia, and it was highly inappropriate for the Russian government to meet such a proposition.

The members of the Paris Club held a meeting in Berlin yesterday (the club incorporates Australia, Austria, Belgium, Great Britain, Germany, Denmark, Ireland, Spain, Italy, Canada, the Netherlands, Norway, Russia, the USA, Finland, France, Switzerland, Sweden and Japan). It became known as a result of the meeting that all largest creditors, but Russia (France, Germany, Japan and the USA) agreed to cancel 80 percent of the Iraqi debt. The delegation of Russia, the second largest creditor, asked for more time to consult the government. Aleksey Kudrin, the Finance Minister, stated later than Russia would join the decision of the club. Kudrin added that Russia also hoped to participate in the contracts to recreate the Iraqi economy. The necessary documents have been signed in Berlin afterwards.

Pursuant to the plan, the procedure will take place in three stages. Thirty percent of the debt will be canceled without any conditions at all. Another thirty percent will be abolished later within the framework of the program of the International Monetary Fund. The remaining 20 percent will be cancelled in 2008, depending on the results of the program. The Iraqi debt will therefore reduce by $33.6 billion. Iraq owes the biggest part of the $120-billion debt to Kuwait and Saudi Arabia, not to the Paris Club members. If American diplomats manage to make them follow the club's example, the Iraqi economy will be given a rather powerful incentive for its recreation indeed.