Lessons on religion to become compulsory at Russian schools 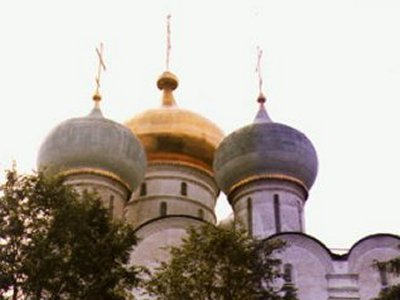 The Russian Orthodox Church supports introduction of the fundamentals of the Orthodox Culture. Patriarch of Moscow and All Russia Alexy II says introduction of these lessons is advisable because school children should be given education in religion. He also emphasized the lessons are important as Orthodoxy is Russia's major religion. The Patriarch also says that followers of Islam, Buddhism or Judaism may study their cultures as well. “Every civilized man must know the history of his culture. The whole of Russia's history is based upon Orthodox traditions and moral principles,” Alexy II says. Generations to come must know Russian historical figures such as Daniil of Moscow, Dmitry Donskoy and Ivan Kalita, he adds.

Opponents to introduction of Orthodox culture fundamentals at schools often say they would not let God's Law be taught at schools. But the Patriarch explains that history of Orthodox culture is not a religious subject. These lessons would make school children acquainted with Russia's thousand-year culture if introduced at schools as optional studies, he adds.

It was in 1992 that introduction of optional courses in God's Law at schools was touched upon for the first time. In 1993, head of the Church education department Abbot Iohannes Ekonomtsev suggested establishing of a dialogue between the church and the government as concerning education issues. Soon, the Patriarch, the Moscow State University President Viktor Sadovnichy and several academicians wrote a letter requesting to introduce theology at higher education institutions.

January 16, 1999 the Patriarchate and the Ministry for Education concluded an agreement on cooperation. However, the minister for education was still negative as concerning introduction of Orthodox culture lessons at schools even till 2002. In August 2002, President Vladimir Putin said fundamentals of Orthodox culture may be introduced as optional lessons at schools.

However, Moscow authorities disagree with Putin's opinion. Head of the Education Department in the Moscow administration Lyubov Kezina says “Orthodox lessons cannot be introduced at schools not to disturb people practicing other religions”. Officials say it is important because Moscow is the city where followers of various confessions live. Instead of lessons in fundamentals of Orthodox culture, the Moscow education department introduced lessons in all religions at once; secular experts developed the course.

Secretary of the Moscow Patriarchate Public Relations department Mikhail Dudko said in an interview to RIA Novosti that Russian Moslems, Jews and Buddhists insist that fundamentals of any particular religion must be taught in those parts of the country where majority of the population practice this religion. He adds that the situation is quite different in Moscow today. Fundamentals of Orthodox culture are already taught in some parts of the country, but no intensification of ethnic hatred has been registered there. On the contrary, Mikhail Dudko says that such knowledge helps people understand each other better. Indeed, major achievements of the Russian culture in architecture, painting and literature are also connected with Orthodoxy. People must know everything about the religion that formed the history and the culture of the country.

Spokespersons for the Russian Orthodox Church say that some parts of the textbook about fundamentals of the world religions were not coordinated with the church. So, opinion of church experts is ignored at that. The new course was not coordinated with clergymen of other confessions as well.

What about religion lessons abroad?

Fundamentals of Orthodoxy have been taught at schools of Serbia, Romania, in Central Europe and Baltic countries, Georgia and Armenia for several years already. Many schools in Ukraine begin their lessons with Our Father prayer. Religion is traditionally taught in majority of state schools in Europe, which agrees with the secular education there. Lessons in religion fundamentals are obligatory at schools of Germany, Finland and Norway. Majority ofBritain's private schools have chapels where pupils attend services two or three times a week. Pupils practicing other religions may not attend these services.