USA and Europe to oust Russia from defense market

It seems that Russia may de facto lose the status of a superpower in just several years. The country will not lose its nuclear potential or the military complex, although the significance of such attributes of a powerful state will gradually fade out. Russia is being ousted from the market of arms and defense technology. In addition, the USA deploys ABM systems close to the Russian borders. 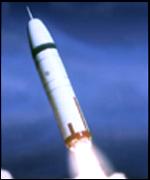 The intensive development of the American anti-missile defense started in 2002, when the USA single-handedly pulled out of the 1972 ABM Treaty. The treaty was based on the nuclear restraint factor: the document banned ABM weapons, which made all countries equally defenseless to nuclear arms and guaranteed the non-usage of it.

However, so-called cast away countries, capable of striking the USA as the American administration believes, started increasing the number of nuclear powers in the world. American officials thought that the treaty was out of date and considered the ABM defense the most efficient way to protect the country from a possible nuclear attack.

According to news reports, the USA is to spend over ten billion dollars on the development of the ABM system in 2005. This sum makes the ten percent expenditure of the Russian state budget. If the USA and its allies create the global ABM system, Russia will lose its position as a real counterbalance to America, for its territory will have a much worse defense against a possible nuclear strike.

The unpleasant situation is exacerbated with the fact that the US administration plans to set up the ABM system close to Russia's borders. It goes about the detection of Russian missiles at their launch, at the active part of the trajectory, as specialists put it. The British media reported that Prime Minister Tony Blair had agreed to deploy US ABM missiles in North Yorkshire. Specialists say that it will be easy to down Russian Topol nuclear rockets above the Russian territory. In addition, American ABM bases are reportedly to be deployed in East Europe and in the Baltic region. Furthermore, US officials are currently in talks with former republics of the Soviet Union, particularly with Uzbekistan and Kazakhstan.

The project of the global ABM system has its adversaries in the USA too. They believe that the system will be absolutely useless against large-scale nuclear strikes from Russia and China, for example. However, this is the minority opinion, which does not have any influence on government's decisions.

A lot of Russian experts think that the goal of the project is to set up the American supremacy in the world. That is why the project is aimed against Russia first and foremost, as it is the only real rival of the States from the point of view of the nuclear potential.

The situation with the perspective of Russia to lose its status in the world stirred up reports about the attempts of the USA and its European allies to displace Russia from the Asian market of nuclear technologies. For the time being it goes about China and Iraq, where nuclear power plants are being built at the moment.

China will hold tender for the construction of four nuclear power units in November of the current year. American enterprises will participate in the undertaking together with Russian companies. China is reportedly showing favor towards the USA, taking into consideration the fact that Washington has almost agreed to sell a nuclear reactor to China. In addition, the American government withdrew its tough requirements to guarantee the non-proliferation of American nuclear technologies in Iran and North Korea.

It is hard to say, why the White House decided to change its position. US officials have recently blamed China for cooperation with the criminal regime of North Korea. Now the USA is ready to deliver a nuclear reactor to China, while France, Germany and Great Britain are conducting negotiations with Iran regarding peaceful nuclear technologies. In the meantime, they demand Russia should stop the nuclear cooperation with Iran, because it might lead to Iran's nuclear possessions.

According to experts' opinion, the changed opinion of the USA and several states of the European Union, as well as various drawbacks in the work of Russian companies might lead to the fact that Russia will lose four Chinese and six Iranian contracts. In other words, it will be virtually ousted from the Chinese and Iranian markets of nuclear technologies.

The situation is similar on the market of arms, where the loss of a customer means the loss of strategic positions. Putin's recent visit to China showed that both Western and Eastern companies perceive Russia as a source of raw materials.