The 'living dead' try to retrieve Yeltsin's past

The political cooperation between the Communist Party of the Russian Federation, Yabloko, and the Union of Rightist Forces was started two days ago at a joint press conference. The parties launched the cooperation to sign the writ to the Supreme Court, demanding the abolishment of parliamentary election results. The present-day political situation does not seem to fit: in less than a year, 'grey' leaders from United Russia party have managed to turn the State Duma from the place of law-making political battles to a warm, nice swamp. Do they really strive for the abolishment of election results? 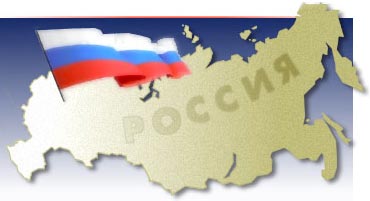 A former member of the Central Electoral Committee from the Communist Party (known for the Russian initials as KPRF), who currently works as a lawyer of the Committee 2008, Vadim Prokhorov, said that 14 boxes of compromising materials had been collected as far as the past elections are concerned. The writ itself took 300 pages.

About 200 lawsuits, which were previously submitted to regional courts for the similar reason, failed.

Dry figures of statistics can tell a lot. The intentions, that the parties announced at the above-mentioned press conference two days ago, can tell a lot more.

According to the plaintiffs, the key objective of their address to the Supreme Court is the abolishment of parliamentary election results. Therefore, it would be logical to assume that new elections would be set instead. The writ, however, contains the following requirement: “To cancel the resolution of the Russian Central Electoral Committee dated 24 December, 2003…in the part about vesting the mandates…of Sergey Shoygu and Yury Luzhkov to other registered nominees from the federal list of nominees from the party Unity and Fatherland – United Russia.” “To bind the Central Electoral Committee...to redistribute deputy mandates obtained by the party Unity and fatherland –United Russia on the federal electoral district between other federal lists of nominees.” The question seems to be more prosaic: the parties wish to win at least a certain number of official posts under the guise of open statements about the necessity to find election results null and void.

Arguments about the unfair distribution of on-air time for the parties raised certain doubts too. I was personally tired of United Russia at that time. Moreover, it was not even funny to watch the inspired face of the Interior Minister on TV screen, as the organization of ministry's activities echoes with blasts and terrorist acts nationwide. However, communist leaders were on constant presence on television during the elections to the Supreme Council of the Russian Federation. Yabloko's leader, Grigory Yavlinsky, could often be seen on NTV, and now he is among the plaintiffs.

It also brings up a question of pre-election budgets. If the parties failed to budget themselves in order to be a competition to United Russia, it means that they failed to prove the efficiency of their work to their sponsors. If they did manage to convince the sponsors, the budgets were mostly embezzled by the party managers. A good result of a pre-election campaign does not depend on television alone. Another argument of the suit is a very good proof of it: plaintiffs complained of too much of negative information about the KPRF. It was said that business was prospering in the party, that party members were not true communists at all, but voters came to the polls and voted for them anyway.

The essence of the question in the suit is not about the rules of a pre-election campaign. As it was mentioned above, the main goal of the judicial PR action was to obtain official posts. It goes without saying that the strategy would be effective during Boris Yeltsin's regime. Moreover, Western politicians and mass media could contribute a lot to achieve the goal. Boris Yeltsin has never managed to get rid of the psychology of a party secretary, pressed by the party's Central Committee. The incumbent Kremlin administration is not likely to haggle with political outsiders, who can not suggest an alternative to Putin's actions. They can not even find a good way to attract the electorate, as Yeltsin, Rutskoy and Khasbulatov once did.

One may already make an early conclusion: the class-action suit is only an attempt to attract the attention of the press. It is only used as a reason to haggle with authorities.

If all those deputies of the lower house of the parliament, who do not wish to recognize the election results, sent in their resignations before the due date and formed a situation, in which the parliament would be unable to function and the new election date would be set, it would be a wholly different matter to talk about. Yet, it seems it is very difficult for them to say goodbye to their parliament seats, benefits and assistants.

One may think that the court in Strasburg, which the deputies are determined to reach, will not understand it. It is about time the plaintiffs should be pensioned off with such ideas and actions. If they venture to submit adequate statements to the Duma, we have a small request for them: please, persuade your party-fellows from United Russia to do the same. It might become a good opposition to Vladimir Putin's suggestion to practice the proportionate system of elections in the lower house of the parliament.

Author`s name Olga Savka
19:01
PMC Wagner fighters entrench themselves in northern and eastern parts of Bakhmut
17:35
Death toll from Turkey deadly quake rises fast to 1,500 and counting
18:54
Ukrainian soldier uses chainsaw and fire to release US howitzer from ice trap
18:30
Onet: Ukraine will lose in six months due to shell shortage
17:36
Russian troops defeat Ukrainian troops in Zaporizhzhia region
14:50
Number of foreign mercenaries in Ukraine continues growing
14:17
Russians buy more than 50 tons of gold in 2022
13:57
Russia will not talk to Ukraine. Russia will talk to the West
13:34
USA's plan to give 20 percent of Ukraine for peace hoax
12:51
Medvedev: Ukraine as a state to be devastated, go bankrupt and be turned into colony
Drone with large air bomb on board explodes over Kaluga in western Russia