What is the true image of Russia? 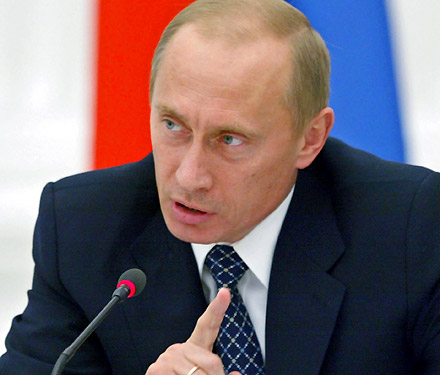 Any discussion undermines the fact that all people involved in it are in fact aware of the subject matter. Otherwise, the conversation can in no way be labeled as constructive. That is why let’s find out the exact meaning of one's “image”.  An online Thesaurus provides the following definition of the above mentioned word: “a. the opinion or concept of something that is held by the public; b. the character projected to the public, as by a person or institution, especially as interpreted by the mass media.”

In order to examine the overall image of Russia, it is important, first of all, to analyze the way its citizens and foreigners view the country; since as it is no surprise that the country’s appeal in the sphere of finances, tourism, business development and such depends mainly on the way it is seen from the International perspective.

On 24 September, Moscow celebrated an opening of World's congress of informational agencies. Directors of 115 agencies from more than 100 countries participate in the congress. France Press, Associated Press, Reuters, Xinhua, DPA, Pressa Latina, to name a few. There are over 400 registered participants of the congress.

Russian president also attended the congress. During his speech before representatives of major information agencies, the president addressed the issue of terrorism. Namely, Putin explained the journalists how the state authority will go about n solving the issue of terrorism and what will take place in Russia in the nearest future. According to Putin, majority of Western journalists present rather objective account of events that take place in Russia. However, the president notes, many still have not perceived that Russia has changed.

“The USSR used to be regarded as an evil empire, a wild beast. Today however such presumption no longer holds true. Still, many people have not perceived this yet,” explained the head of state to the congress. According to Putin, many authors continue to adhere to the “old-fashined” tradition, “failing to draw a distinct line between Soviet Union and present-day Russia.”

Russian president also noted that “most often, we deal with professional, objective analysis of what's happening in Russia.” He's also mentioned that he always keeps track of publications of all major, influential media sources and is thankful to everyone who writes about Russia, even if they criticize it.

Putin is also thankful to those who criticize Russia. “Your criticism is important to us; Personally I regard it as the main substance for analysis,” declared Putin to members of the congress.

As for the issue of the “evil empire”, majority of Russians regret the fact that USSR collapsed. During his presidency, Vladimir Putin has managed to do the impossible: he managed to make the entire country talk about the renascence of USSR more often. More so, he made people believe in it.

Being a member of Soviet intelligence, his at times rather harsh stands in regards to the US' politics, outrageously harsh statements concerning terrorists, his establishing contacts with former union republicans, formation of clear-cut power vertical, frequent “clean-ups” in the state's law-enforcement, as well as his stand in regards to the country’s oligarchs, all of these factors with time lead people (who still remember Soviet times) to believe in the illusion of rebirth of the former system of social equality.

As for Putin himself, while he does not talk directly about renascence of the Soviet Union, his statements reflect rather tolerant attitude toward the Soviet era. His talks about patriotism and national consciousness appear to be more frequent.

However, what seems to be appropriate for “domestic” use, cannot be reported abroad. Whereas Russia’s internal positioning appears to be more or less clear, its foreign grounds are rather blurry. Western media for the most part presents only all negativity that's happening in our country, i.e. catastrophes, murders, drug problems, etc.

Russia is full of problems; this is no secret. However, western media should not fixate only on them, stated president’s official representative in the EU Sergey Yastrzhembsky. “All we ask of the western journalists working in Russia, is to refrain from presenting only the negative side,” stated he, when answering  a question regarding the country’s image. Upon Yasterzhembsky's visit to Las Vegas on January 1, he turned on a TV set to watch the New Year’s celebration across the world. “I saw happy people in the US and Japan opening up Champaign. Then, they showed Russia. CNN showed two bums drinking a bottle of vodka by a metro station, with the Red Square in the background.”

Hopefully, things will get better. Judging by the president’s speech, authorities have finally gained understanding of the fact that positive image of the country represents the most powerful instrument to safeguard Russia’s interest. Therefore, something ought to change. Russia needs to establish some sort of a reputation-management center. Establishment of some “anti-crisis” national image-center including orporations, media, Russian public, state authorities will help manage Russia's reputation. Germany and Japan are the best examples of such approach.