The situation will stabilize only in several years

Recent terrorist attacks have caused considerable damage to the tourist business in Russia. About 20,000 foreigners refused to go to Russia, Echo of Moscow radio station said. 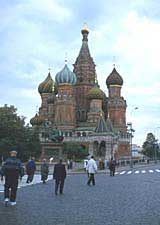 Tourists started declining their intentions to visit Russia after two airliners flying to Sochi and Volgograd crashed. Europeans made the majority of the tourists, who refused to travel to Russia.

The explosion near the Rizhskaya metro station in Moscow and the hostage crisis in North Ossetia, southern Russia, followed the air crashes. Denmark included Russia on the list of the countries, which were not recommended to visiting. The majority of tourist groups from Denmark, Korea and Taiwan cancelled their plans.

As a result, Russian tourist agencies have suffered about 400 million dollars of losses. Specialists believe the tourist crisis may last long, and the situation will stabilize only in several years.