Fraudster stands up to defend corruption

The sentence to Alexander Popov, the former head of Togliattikhimbank, evoked an extremely emotional reaction from Sergei Makhlai, the owner of the bank and Togliattiazot beneficiary, who was arrested in absentia and convicted of fraud. In a recent interview with a Samara-based publication, Sergei Makhlai called the verdict "a shame for the judges", "perversion of the judicial system" and "total disgrace".

One may wonder who got Popov involved in criminal activities and for whose interests he committed his crimes. According to the investigation, the man behind the bribe, for which Popov was busted, was Sergei Makhlai, the 100-percent owner of Togliattikhimbank.

Here is what Makhlai thinks about the verdict, according to the interview:

"It is utterly absurd. Everyone who takes a look at the verdict on the so-called Togliattiazot case gets perplexed."

Wait a minute, Mr, Makhlai, we would say. It is not everyone, but only an assortment of clearly corrupt "experts", "economists" and "publicists," whom you hired to make comments in your defense in mass media and on social networks.

As long as Makhlai is afraid to appear in Russia with such a baggage of criminal cases under investigation, it is people like Popov who should do all the dirty work for him locally. Reportedly, it was Popov who helped Makhlai to illegally withdraw TOAZ revenues from the resale of products through an affiliated company and distribute them to offshore accounts of those involved in the fraud, withdraw top liquid assets from TOAZ to shell companies, evade taxes, launder and obtain cash from criminal profits. To crown it all, it was him who assigned black cash to bribe officials, judges and law enforcement officers.

Popov's problems with law do not end here. Popov, Makhlai and a whole list of other individuals appear as defendants in criminal cases about the creation of an organized criminal group, as well as about fraud and tax evasion. The "central figure" tried to give a bribe for the Supreme Court of Russia to overturn the decision made by previous instances about additional taxes for TOAZ in 2012. It goes without saying that an attempt made at such a top level was doomed to failure: Popov got caught and convicted. 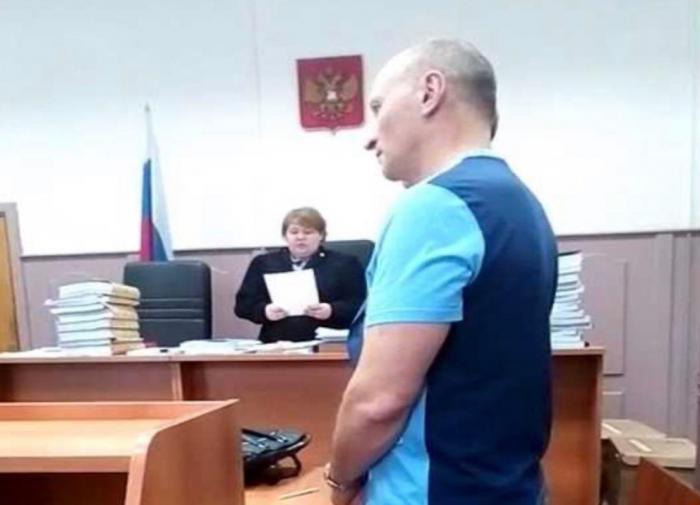 Bribing courts is not a new experience for Makhlai, as it appears. Information about successful and recently unsuccessful attempts to bribe judges of the Federal Arbitration Court of the Moscow District, the Nizhny Novgorod Regional Court, the Eleventh Arbitration Court of Appeal, the courts of Samara and Togliatti would appear time and again.

Makhlai claims that the whole bribing case against Popov is based on the testimony from Oleg Antoshin, TOAZ former deputy director for security, whom he mentions in connection with the organization of a fake terrorist attack on the territory of TOAZ in 2017 (when weapons and extremist literature were found in one of the rooms of the plant). In fact, as it was reported before, Antoshin was involved into a corporate conflict between Sergei Makhlai and his father Vladimir Makhlai, from whom his son took the shares of the plant in 2011 having thus removed his father from management. Makhlai Sr., in the struggle to have the plant back, ordered such a risky and low-profile event as a fake terrorist attack to discredit the TOAZ management. To implement the plan, Vladimir Makhlai attracted narrowly well-known rainmakers: the former chief of Boris Berezovsky's security, Sergei Sokolov, Valentin Gonastarev, who was dismissed from law-enforcement agencies, Ruslan Milchenko, the chief of Analytics and Business information center and Antoshin, among others. Law enforcers disclosed the plot. Antoshin was arrested along with other perpetrators. However, unlike them, he changed his mind and decided to cooperate with the investigation. This is why Sergei Makhlai cannot forgive him for that and calls him a "traitor", a "criminal" and blames him for the things that he was accused of himself.

Today, with the prospect of spending seven and a half years in a colony in mind, Popov may also wish to cooperate with the investigation and unveil details about the activities of the criminal empire of the Makhlais as well as about the role of each participant in the organized criminal group. He may cooperate so to mitigate his sentence. Like Antoshin, Popov may not want to take all the blame for the crimes ordered by the Makhlais. Therefore, we will not be surprised should he suddenly turn from an "honest, decent" and "innocent person" into a "traitor" and "criminal" for Sergei Makhlai.

This is what Makhlai fears most. Before the verdict was pronounced, he could feed Popov with promises that his lawyers were about to get him out, to thereby ensure his silence. The banker was defended by several well-known law firms, including Egorov, Puginsky, Afanasyev and Partners (EPAP), although to no avail. According to media reports, when the trial was to be held to choose a preventive measure for Popov, Makhlai's "authorised delegates" worked on an operation to release him and tried to bring a ten-million-dollar bribe to the court. This is very symbolic, given the nature of the charges brought against Popov.

"This whole sentence is a revenge on me!” Makhlai exclaims. "Do you have any questions to me? Then go and ask them to me personally, instead of festering an innocent person in prison.”

We would like to say it again here: Wait a minute, Mr. Makhlai. Not that long ago, EPAP lawyers flew personally to you to the United States, met with you, asked you all sorts of questions about that bribe, and you answered them. It was not just a conversation, but a survey protocol for inclusion in the case file. So you have answered all the questions that could be asked. The fact is it did not help Popov at all nor did convince the court. The media reported that.

Popov's story can become a lesson to learn to Makhlai's other henchmen in Russia, such as, for example, TOAZ CEO Dmitry Mezheedov, whose house and office were recently searched in connection with the investigation of episodes of corruption.

In the concluding part of the interview, Makhlai tries on the image of the son of his Motherland:

"I have always been a patriot of Russia, I loved and love her, I am a Russian citizen, I have always supported the country, it is my Motherland, and it will remain so forever, as it was.

At the same time, Makhlai holds US citizenship. He has been residing in the United States since 1994. When Makhlai received his US passport, he was obliged to take an oath, in which he renounced allegiance to any other state and vowed to defend America with arms in hand if need be. And then Makhlai announced that he actually filed a lawsuit against the Russian Federation with the European Court of Human Rights and intended to file new claims with the ECHR and other foreign courts. One is left to wonder whether he plans to sue the Russian government as a Russian or a US citizen. Which of his passports will he present to the court?

It appears that Makhlai's love for Russia ends at the point where one needs to abide by its laws and execute the decisions of its courts. One may assume that if Makhlai has to deal with criminal cases filed against him in the United States, for example, on charges of corruption or tax evasion (which is possible, since he also evades taxes in the United States by running business in offshores), he may escape to one of the banana republics. It is worthy of note that Makhlai suggestively mentioned banana republics in the interview implying that justice systems were so far so good there. He may perhaps crack down on American imperialism from one of those republics for putting spokes in the wheels of "honest businessmen."

When giving such an interview, Makhlai clearly tried to once again portray himself as a victim of judicial arbitrariness, raiders' conspiracy or betrayal by his associates. This was supposed to divert attention from the obvious fact that it was he, Makhlai, who, while staying abroad, got his subordinates involved in committing serious crimes. At the same time, he can see that the corrupt methods that have kept the Makhlais' criminal empire afloat for decades are failing. The armies of expensive lawyers are no help either. Courts have taken a principled position and resisted pressure again and again. This means that Makhlai gradually and painfully comes to realise that someday it will be he himself, and not only his subordinates, who will have to be held liable for his criminal behaviour not only in Russia, but possibly in his new homeland too.