Russia Sends Humanitarian Aid to the US

Russia Sends Humanitarian Aid to the US 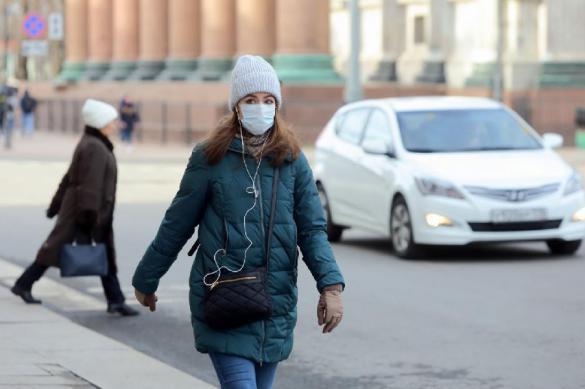 A Russian military plane headed from Moscow to the United States on Wednesday (1) loaded with medical equipment, including masks, to help the United States fight the coronavirus pandemic, where 240,000 people are infected and over 5,000 have already died from the COVID-19.

Moscow decided to help Washington on Monday (30), after a telephone conversation between Russian Federation President Vladimir Putin and US President Donald Trump, in which both officials discussed how they could more efficiently fight COVID-19.

The Russian aid, coordinated by the Ministry of Defense, has been welcomed by the American head of State. "Trump gratefully accepted this humanitarian aid," said Dmitry Peskov, Kremlin's spokesman. "Russia sent us a very, very large planeload of things, medical equipment, which was very nice," said Trump.

"It is important to note that when offering assistance to US colleagues, the president assumes that when US manufacturers of medical equipment and materials gain momentum, they will also be able to reciprocate if necessary," added Peskov, who even regretted difficulties in accelerating aid to the US, due to the objection of some American authorities.

In the midst of profound, well-known schizophrenia that Putin's humanitarian aid has once again caused among the pathetic hawks, McCarthy's disciples of terrible memory in the United States, it is worth remembering that other "threats to humanity" according to the White House, great means of mass brainwashing, Cuba and China have been added to Putin in the current indiscriminate provision of support to the world's peoples, no news.

As always, causing ignorant reactions around the right-wing world to scream hysterics, "Russian propaganda!", while cynically silencing, or cheerfully applauding Uncle Sam's unilateral "humanitarian interventions" (military invasions and countless bombings, including against civilians) across the globe.

Humanitarian aids have been Russian foreign policy's rule - as well as Chinese and, mainly, Cuban - which does not depend on the benefited government's ideology, which means authentic aid with humanitarian intentions. Russian foreign policy, like that of Cuba and China, oppose the Washington regime one which imposes the strength to achieve its greedy aims, of exploiting foreign wealth and indiscriminate wealth accumulation, assassinating, unilaterally invading nations, bombing, raping girls and women, achieving coups and putting its puppets in power.

President Putin has also sent humanitarian aid to Italy, Spain, China, Iran, North Korea, and Germany, in these times of deep uncertainty and fears of the pandemic, including the sending of virus specialists. Worth noting, neither Russia nor any other nation in the world aid African nations, which is an unspeakable mistake - Brazil's Lula made a partnership with African nations, now strongly persecuted by local oligarchies and the US deep State.

Russian diplomacy is based on the idea - and practices - that only through solidarity, mutual aid all the world is benefited, and overcome challenges. The deep crisis foreshadowed by coronavirus confirms that, rejecting by itself the poor ideology of individualism and the unrestricted free market to the ground: neoliberalism.

The Kremlin, obviously, works primarily for the interests of the Russian people but has excelled in international relations based on negotiation, cooperation, and respect for others' sovereignty. Which the US has never done, something strongly felt all over the world, especially these days in Latin America and Africa.

Russia has been at the remarkable global vanguard: it has been a counterbalance to the dying imperial liberal fascism, more and more aggressive, growing despair due to its extraordinary social, political, cultural and economic decay. The imminent war of the "Nobel Peace Prize", Barack Obama (!) against Syria in 2014, prevented from being achieved, which would be a world disaster, by the intervention - peaceful but firm - of President Putin, with his distinguished foreign minister, Sergey Viktorovich Lavrov.

"We can attack [Syria] whenever we want to," said at the time Obama, then self-considered the world's sheriff as every US president under a local bipartisan dictatorship. In the land where democracy is a big fantasy.

Not without reason, Russia and Putin are demonized by the great media that inverts social reality, funded by the eight families that hold wealth equivalent to half the poorest population on the planet.

"A nation that continues year after year to spend more money on military defense than on programs of social uplift is approaching spiritual doom," once said Martin Luther King Jr., murdered by the F.B.I. and the same oligarchy who, in these times, are spreading the virus across the globe.