As many as 17 foreign countries owe Russia a total of $27 billion with Belarus, Ukraine and Venezuela being the largest debtors. According to the Ministry of Finance of Russia, the total debt on Russian state loans nears as much as $39.4 billion as of May 1, 2019. Nearly 15.8 billion of this debt accounts for the countries of the former USSR, and more than five billion is held as restructured debts of foreign countries to the former USSR (Vietnam, India, Iraq, Yemen, Cuba). 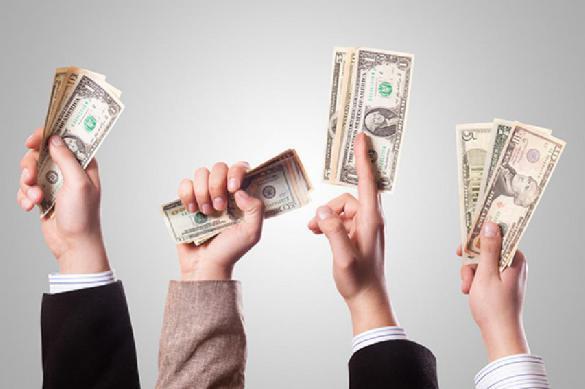 The information on loans becomes public if Russia signs intergovernmental agreements that are subsequently ratified by the State Duma. Most of such loans are political, rather than commercial. They are provided as part of military cooperation that largely remains classified. Moscow gave such loans to Armenia, Venezuela, India and Indonesia.

As of June 1, 2019, Belarus owes Russia $7.55 billion. Since 2012, the country's debt has doubled. In the summer of 2019, Moscow refused to refinance the current part of the Belarusian debt. It was the first incidence in the relations between the two countries. Russia's decision forced Belarus to ask for a loan from China and place Russian ruble bonds on the Russian market. The relations between Russia and Belarus have cooled since then.

Ukraine follows Belarus with about $3.7 billion of debt to Russia. Kiev still owes 3.075 billion in Eurobonds, which the National Wealth Fund (NWF) acquired in December 2013. In December 2015, the new authorities of Ukraine defaulted those securities. Russia sued Ukraine in connection with that decision, but the case is still pending.

Ukraine does not recognize this debt to Russia. Ukrainian officials claim that it was not an interstate loan, but commercial securities. They also say that Russia forced Ukraine to issue those bonds. Russia's Finance Ministry believes, however, that the deal was concluded as a bilateral intergovernmental loan. Ukraine takes into account only the debt of $0.61 billion, which was formed in the early 1990s for the supplies of Russian gas.

Venezuela holds the largest debt to Russia outside post-Soviet space. Venezuela's debt to Russia amounts to $3.15 billion and is to be repaid in 2027. This debt has been growing since the 2011 loan, the purpose of which was to finance the supplies of Russian arms to Venezuela. In late September, Venezuela is to wire a regular interest payment on the loan in the amount of $200 million. Most likely, Russia will have to deal with problems to receive dollar assets from Caracas after the US imposed sanctions on Venezuela.

Cuba owes about three billion dollars to Russia, but there is no precise information about the number. In 2014, Moscow wrote off 90 percent of the Cuban debt, having left $3.52 billion. Cuba repays the debt in equal payments every six months ($1.76 billion is left to pay). In 2015, Moscow gave two more credits to Cuba totalling $1.44 billion to finance local industry projects.

Another state loan in the amount of up to 10 billion euros (11.1 billion dollars) to finance the third stage of the construction of Paks NPP in Hungary was approved in 2014. However, according to the Hungarian Government Debt Office, only $28 million, or 0.25 percent of the total credit line, has been allocated so far.

Rosatom (Russian Federal Agency for Atomic Power) is building or is planning to build nuclear power plants in Belarus, India, Turkey and Egypt. Last year, President Putin announced plans to give a loan of $25 billion to Egypt for the construction of a nuclear power plant. The fate of the project remains unknown yet.

India owes Russia about $1.1 billion. This debt is denominated in Indian rupees and refers to loans from the former Soviet Union. India repays the debt by exporting goods to Russia.