Russia may face another Chernobyl, this time ecological

The territory of a chemical factory in the Irkutsk region of Russia needs to be ameliorated. The factory may otherwise turn into an "ecological Chernobyl." Usoliekhimprom chemical factory is an abandoned plant, on the territory of which  a huge amount of mercury-containing residues and containers (many of them pressurized) with chemically hazardous substances are still being stored. 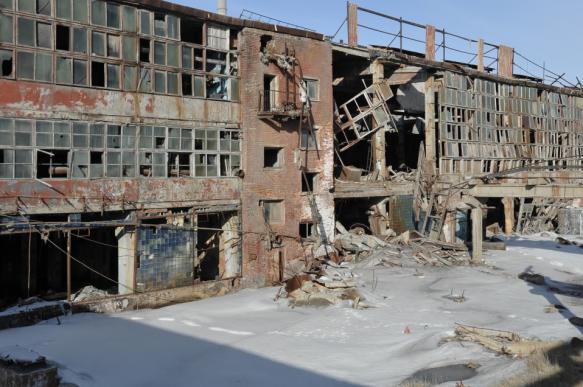 In addition, oil wastes has been pumped into the wells from which saline used to be extracted. The wells thus pose a serious threat to the Angara River nearby. A rupture in a well will lead to the contamination of vast territories along the riverbed.

According to Svetlana Radionova, the chairwoman of the Federal Service for Environmental Supervision, the territory of Usoliekhimprom chemical factory is a territory of an ecological catastrophe.

According to her, the agency has already appealed to the Russian government with a request to create a program for the restoration of the hazardous facility.

Usoliekhimprom plant is located in the city of Usolye-Sibirsky, the Irkutsk region (Siberia). When in operation, the plant produced chlorine and other chemicals. In 2017, the company was declared bankrupt. The factory now stands abandoned and dilapidated.

In November 2018, the administration of Usolye-Sibirsky introduced an emergency situation in the town over the risk of a man-made disaster. The problem arose after it became known that metal containers with residues of pesticides posed a threat to the population. Moreover, some of those containers can often be illegally removed from the industrial site of the former chemical plant and taken to the town.

Mikhail Toropkin, the mayor of Usolye-Sibirsky, said that the abandoned chemical factory was being looted. "Dozens of trucks loaded with metals and other materials leave the territory of the factory on a daily basis. There are eleven pressurized railway tanks with contents of unknown origin there," the official said.

Deputies of the Legislative Assembly of the Irkutsk region announced their intention to introduce  changes to the regional budget, but only in the event the state program for the restoration of Usolyechimprom chemical enterprise is approved.