The case of Ivan Golunov: Who made a mistake?

Dmitry Peskov, Putin's official spokesman, told reporters on June 10 that the Kremlin was watching the development of the investigation of the case of journalist Ivan Golunov. Peskov added, though, that he was not ready to comment on the case. He only said that the case of Ivan Golunov is supposed to attract "close attention of the Office of the Prosecutor General and other services." He declined to answer questions about possible resignations and the objectivity of the investigation. 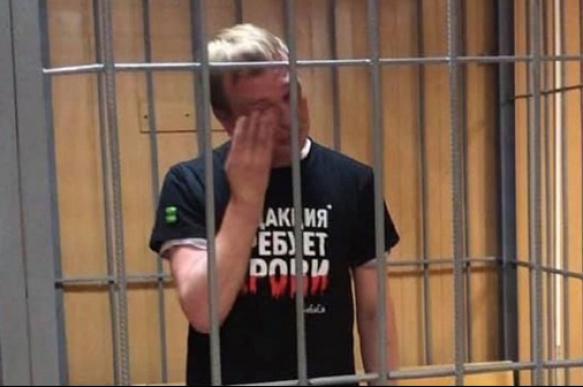 Putin was informed about the case of Ivan Golunov on Friday, Peskov said. He also said that the Kremlin fully trusts the Office of the Prosecutor General in terms of reaction to possible incidents of abuse of human rights.

Speaking on the problem of distrust to law enforcement and judicial systems, Peskov acknowledged that the Golunov case "gave rise to a large number of questions," but one did not have to talk about distrust to the system in general. He also declined to comment on the question of possible resignations and possible violations made on the part of law-enforcers.

"A mistake is possible because it's people who work everywhere. Mistakes may take place anywhere. Journalists can also make mistakes when they write their materials. They can make many mistakes, but the main thing is to acknowledge those mistakes and explain, how they were made not to let them happen again," said Peskov.

Ivan Golunov, a special correspondent of Meduza website, was detained in the afternoon of June 6 in Moscow. His detention was legally registered only on the night of June 7 - i.e. 13 hours  later. Golunov was not allowed to call either his relatives or a lawyer. The journalist's relatives were notified of his detention only after 13 hours, while the lawyer was allowed to talk to Golunov only in 16 hours.

Golunov suffered injuries during his detention. In response to his requirements for a lawyer, a law-enforcement officer punched the journalist in the head twice. When the journalist was lying on the pavement, a policeman put his foot on the young man's chest.

Golunov was charged with an attempt to sell large batches of drugs. Illegal substances were found in his backpack and in his apartment. Law-enforcement authorities later exposed nine photographs allegedly made in Golunov's apartment, although it later turned out that eight of those pictures were made in completely different premises.

The journalist claims that the drugs were planted on him; his colleagues support his words on the matter. Golunov is known for his high-profile investigations of corruption among metropolitan and federal officials. Other journalists believe that Golunov was arrested in response to his another investigation, which was devoted to the funeral business in Moscow. The journalist had received a number of threats in this connection during the recent months.

On the afternoon of June 8, a Moscow court was supposed to gather for a meeting to choose a measure of restraint for the arrested journalist. However, Golunov did not feel well as he had hardly slept and eaten before. ER doctors insisted on hospitalizing Golunov, but law-enforcers prevented this to happen, nor did they let medical specialists examine the journalist. Ivan Golunov was eventually taken to a hospital for examination. Several hours later, the head physician of the hospital said that there was no reason to hospitalise the journalist, because his condition was satisfactory.

Nearly all Russian media outlets, except for clearly pro-Kremlin ones, supported Golunov. His case received an extensive coverage in Russia and attracted attention to many public figures and activists.

On June 8, a Moscow court decided to put Golunov under house arrest, while prosecutors insisted on two months of arrest. Golunov is not allowed to leave his home, he is not allowed to talk to anyone related to his case. He is not allowed to use means of communication either. Golunov's lawyers intend to appeal to the European Court for Human Rights.