On May 13, 2019, The Black Sea Fleet of the Russian Federation turns 236 years old. The first squadron of military sailing vessels under St. Andrew's flags entered the Akhtiar Bay on May 13, 1783 - three weeks after the publication of the manifesto signed by Catherine II about the annexation of the Crimea to the Russian Empire. 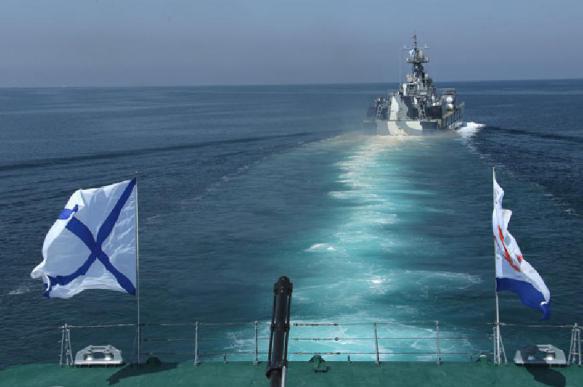 Over the years, the Black Sea Fleet had been divided and destroyed several times. Today, Russia's Black Sea Fleet serves as the country's main instrument of influence in the area of Black and Mediterranean seas.

Over the past four years, the Black Sea Fleet has seen a major upgrade. It has received three artillery ships, six diesel submarines, two small missile ships, more than a dozen anti-sabotage and patrol boats, as well as several support vessels, including modular diving platforms and a floating crane. Before 2020, the Black Sea Fleet will get three guard ships, four missile ships and several patrol boats. A collection of new amphibious ships is being built for the fleet too.

Naval aviation is reviving too. The air regiment of multifunctional Su-30SM fighters and Su-24MR bombers, formed in 2016 at Novofedorivka air base in the Crimea, has established control over the entire Black Sea area. Coastal forces have been reinforced with new Bal and Bastion systems.

Several years ago, the state of affairs was a lot worse. Twenty years ago, the fleet found itself on foreign shores. The powerful Soviet strategic operational group tumbled down like a house of cards during the 1990s. It consisted of about 100,000 personnel, more than 800 warships and submarines. Naval bases and aviation airfields in Russia, Ukraine, Georgia and Moldova had been sued for support. The 5th operational squadron was operating in the Mediterranean Sea, while a part of the Black Sea Fleet were patrolling the Indian Ocean and the Atlantic. All that Soviet legacy was shared with Ukraine, but Russia got only a few dozen efficient ships.

Due to chronic financial problems, the Black Sea Fleet was degrading and falling apart quickly. By mid-1990s, it had become inferior to its main potential rival in the region - the Turkish Navy. There were almost no submarines capable of going to sea. Warships were rusting at the docks, while their crews were losing their combat skills.

The situation started improving in the beginning of the 2000s, when ships of the Black Sea Fleet would be periodically used in international anti-terrorism exercises and operations, including in the Mediterranean area. During that time, it was BLACKSEAFOR international naval operational group that was controlling the Black Sea. The group consisted of naval ships of coastal states: Russia, Bulgaria, Georgia, Romania, Ukraine, and Turkey.

The Americans did not like such a development, because the Black Sea was formally closed to their ships, and they could not clearly substantiate the need for the presence of US warships in the Black Sea. In 2008, after the Russian operation to force Georgia to peace, the interaction in the Black Sea had reached an impasse. The coup in Ukraine subsequently put and end to the practice.

In 2014, the Crimea and Sevastopol returned to Russia. Already in 2015, the fleet started receiving new ships against the growing number of NATO military exercises in the region.

Today, warships of the Black Sea Fleet can conduct high-precision missile attacks from places of their deployment to distances of up to 1,700 kilometres.

Russia currently considers an opportunity to expand the influence of the fleet to the waters of the Red Sea, the Gulf of Aden and the Persian Gulf, as well as to the western part of the Arabian Sea, for which the Pacific Fleet is now responsible.

To accomplish this goal, Russia will need to solve plenty of problems, such as to restore the stationary system of surface and underwater surveillance on the Black Sea coast, deploy over-the-horizon detection systems, create a reliable anti-submarine, anti-ship and anti-aircraft defense of the areas where carriers of cruise missiles are based.