US Treasury takes control of Siberia

The US Treasury and Russian entrepreneur Oleg Deripaska concluded a deal to lift sanctions from his companies in violation of the Russian legislation. This is a dangerous precedent. 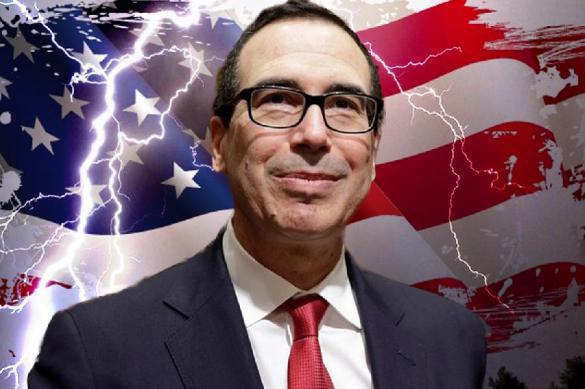 Deripaska's companies came under sanctions in April 2018. As US Treasury Secretary Steven Mnuchin said at the time, Russian oligarchs and elites who benefit from the corrupt system will no longer be seen separately from consequences of destabilising activities of their government, such as interference in US elections.

Deripaska was offered to reduce his share in the assets and thus lose the ability to control them. Deripaska reduced his share at En+ (its subsidiaries are RusAl and Eurosibenergo) from 70% to 44.95%, transferred a part of En+ shares to a charitable foundation and abjured the shares pledged to VTB.

The parties also agreed on unprecedented transparency of activities, taking upon extensive, permanent requirements for auditing, certification and reporting.

US Democrats tried to block the decision of the US Treasury to lift the sanctions from Oleg Deripaska's companies, but the Senate did not support the lower house. According to the BBC, various business groups put pressure on the administration to lift the sanctions from the three companies, because RusAl (Russian Aluminium) is one of the world's largest suppliers of aluminum. The imposition of sanctions on RusAl made world prices on aluminium go higher.

The Board of Directors of En+ was renewed as agreed with British Lord Gregory Baker remaining its chairman. Noteworthy, it was Baker, who initiated the plan to lift sanctions from En+. New candidates were agreed with the US Treasury Department: Christopher Bancroft Burnham, Carl Hughes, Joan MacNaughton, Nicholas Jordan, Igor Lozhevsky, Alexander Chmel and Andrei Sharonov, the Vedomosti wrote. It just so happens that all members of the board of directors of the Russian company, with the exception of three, are US citizens. In general, these conditions look like a transfer of control over Oleg Deripaska's assets to the US Treasury, the Kommersant wrote.

Vladimir Rozhankovsky, an expert at the International Financial Center, told Pravda.Ru, the above-mentioned agreement was concluded in circumvention of the law of the Russian Federation about the appointment of members of the board of directors in a public joint-stock company, such as En+. New members of the board of directors of a Russian joint-stock company can only by appointed at an extraordinary meeting of shareholders. "According to the law of the Russian Federation, one should prepare a dossier of candidates and provide exhaustive information about who they are and what they have to do with the aluminum industry. Afterwards, shareholders vote for or against those people," said Rozhankovsky.

"One should not let this case fade away, as this is a dangerous precedent. The Communist Party in the State Duma demanded an independent parliamentary investigation should be initiated into the changes, but their requirement was rejected. The Constitutional Court of the Russian Federation and the parliament should initiate investigation," the expert said.

"In the US, Democrats filed a lawsuit against the move to reverse the permission to unblock En+ accounts. As long as the process continues both in Russia and in the United States, one cannot announce the winner yet," Vladimir Rozhankovsky concluded.

On Wednesday, a group of MPs representing the Communist Party faction suggested appealing to the Office of the Prosecutor General, the Federal Security Bureau and the Russian government to look into the legality of the agreement between the US Treasury and Oleg Deripaska regarding the plan to lift sanctions from En+ and RusAl.

"Since January 18, virtually the entire aluminum industry of the Russian Federation is moving under the control of the US Treasury. We believe that the Security Committee of the State Duma should appeal to the Office of the Prosecutor General, the FSB and the government to look into the legality of the agreement and its compliance with Russian national security interests, because in such a situation the Americans take control of Siberia," Nikolai Kolomeytsev, first deputy chairman of the State Duma's Labor Committee said.