2019: Putin should end 'friendship' with USA, Japan and Belarus

Friendship between Russia and Belarus has become an issue recently. Is Russia going to be friends with Belarus in 2019 or is the brotherly nation going to join the ranks of Russia's enemies similarly to Ukraine? Moreover, Russian experts believe that President Putin should not be friends either with his US counterpart Donald Trump or Japanese Prime Minister Shinzo Abe. 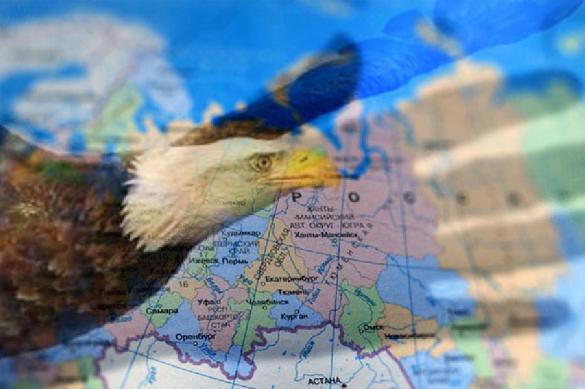 There are many questions about 2019, the answers to which we would like to know already today, as the year 2018 is about to end. Will Ukrainian President Petro Poroshenko win the election? Will Russia sign a peace treaty with Japan? Pravda.Ru turned to political scientist, deputy dean of the Department of World Economy and Politics of the Higher School of Economics, Andrei Suzdaltsev, in a humble attempt to find out the future that the world is going to see in the next 365 days.

"Ukraine will hold the presidential election in March of 2019. What chances do you think sitting Ukrainian President Petro Poroshenko has to win the vote?

"His re-election is quite possible, although this is not going to happen within the framework of the democratic expression of the will of the people. The people of Ukraine will most likely go to the polls to choose between two evils. Poroshenko may also try to extend his stay in power, as he has already tried having declared martial law in Ukraine. I do not think we are going to bid farewell to Petro Poroshenko in the spring of 2019."

"Do you think they will impeach Donald Trump in the United States in 2019?"

"I do not think so. Trump's impeachment is excluded. There is no technical opportunity for it,  because it is the Republicans who control the Senate. There is an unprecedented campaign going on against Trump now in the States, he snarls, and all this rocks the boat a lot. The US elite are confident that the country's political system is stable and strong, but they do not notice political changes that are taking place before them as the country is increasingly shifting towards a parliamentary-presidential republic. We believe that the situation, in which the Americans are looking for the enemy in the face of Russia is now fading away."

"What unexpected decisions can Trump make?"

"He is unpredictable. He has become a symbol of fruitless politics on the international arena. It is the US Congress that regulates all international affairs and US foreign policies in relation to Russia, China, Korea, Iran and so on. Trump is aware of it, and he tries to do something to attract attention to his persona of a major international leader. In fact, he is a hooligan rather than a leader. He has no potential in the international arena. It makes no sense for Russia to come to any agreement with Trump. There is no point for Putin to arrange meetings with Trump either. Donald Trump is not even close to such presidents as Nixon, Ford, or Reagan. There was no good from meetings with Barack Obama either. Obama had his head in the clouds. Trump tries to act to his own benefit of a public persona, so his PR stunts will continue in 2019. Russia does not need to contribute to his promotion. All the talking about Trump being a sincere person, who tries to improve relations with Russia is rubbish. The United States sees Russia as a nuclear power - the only power on the planet that can destroy the United States in return. That's all."

"Do you think Russia can sign a peace treaty with Japan?"

"I come from the Far East of Russia, and I can understand Sakhalin residents, who are vehemently opposed to the idea of delivering a few Kuril Islands to Japan. A nation can lose its territory only during the time of war. We hadn't lost anything to Japan. The fact that this situation has become a stumbling block in our relations may also contain a hidden motive of Soviet diplomacy. It's like the Crimea that was given away to Ukraine.

"I can see that the Russian administration is doing its best to find a solution to this problem. Yet, if we solve the problem by giving our land away, we will doom Russia. As soon as we give away small islands of Habomai and Shikotan, the Japanese will ask for Iturup right away. They will keep asking for more, and if we give the islands away, others will rush to ask for their pie too. The Japanese do not want to try to understand Russia, but this does not mean that we will sell out our territory."

"How can Russia develop the relationship with Japan then?"

"We should leave this topic behind and show determination. There are many of those in Russia who believe that we should surrender and give away the Kaliningrad enclave, the Kuril Islands, return the Crimea. Those people do not seem to understand that if we start giving away, the process will not end until we give away everything. At the same time, there are many people in Russia who think that Russia should stick to tit-for-tat policy: to sink foreign vessels that enter Russian territorial waters, and show tough response to other attacks. The West is bullying Russia. The British have been bullying us a lot lately. We were surprised that the Brits did not blame Russia for the drone incident at Gatwick Airport.

"There is also the "happy medium" - the people who think that Russia should act within the framework of international law, fight back, persuade, explain, stay firm in negotiations, perform without the national flag at the Olympics - in short, to tolerate and endure all these humiliations. Those people who stick to this kind of position know what patience is. One has to admit that the Russian administration sticks to this policy.

"Let's take Belarus and its president Alexander Lukashenko. For 25 years, we have not seen any integration, but we have seen rudeness, an anti-Russian campaign inside Belarus and anti-Russian foreign policy. Lukashenko comes to Russia, puts his feet on the table and asks for another ten billion dollars. In fact, Lukashenko has been waging an information war against Russia too. He ships military hardware and fuel to Ukraine and then says rude things Putin in the face. Lukashenko is the only president in the world, who attacks Putin verbally in his presence. Strangely enough, Russia has invested over 100 billion dollars in Belarus in 25 years."