The main event of the outgoing year 2018 for Russia is neither the FIFA World Cup nor even the opening of the Crimean Bridge. The main event is the pension reform, the negative influence of which has undermined public confidence in the president. 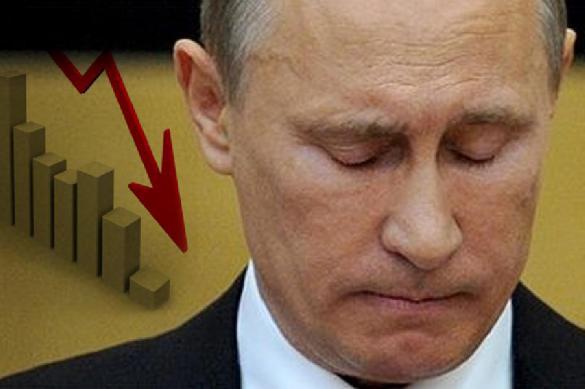 Gone are the days when most Russians would praise President Putin for his desire to listen to no-one important people. However, the decision of the Russian government to raise the retirement age in Russia and the swift approval of the relevant law showed that Vladimir Putin listens to interests of big business representatives to the detriment of the interests of the population.

Putin says that one would have to raise the retirement age in Russia in five or seven years anyway. Yet, this mantra of his sounds unconvincing just because this is a long period of time, during which it could be possible to break the negative trend. There were good proposals made at this point, but they were all about the redistribution of income of large capital and the introduction of a progressive taxation scale.

Also read: Putin loses everything he has

For example, the rate of returns in gasoline prices in the Russian oil industry is 40 percent. This is a lot. For comparison, the profitability in the mining industry in the United States is only ten percent. The average profit rate in Russia is eight to ten percent. In a nutshell, Russian oil companies receive extra high monopoly profits, the lion's share of which accounts for the natural resource royalty, which the state should appropriate to spend it on the needs of the people.

Putin decided not to go that way. He took account of the fact that many current pensioners in Russia are indifferent to the pension reform, because they still receive their pensions. In addition, the majority of young Russians are indifferent to the issue as well, because it is too early for them to think about pensions. The decision to raise the retirement age in Russia has struck not just the material (people will lose 82.2 billion rubles of income during the first year of the program), but the psychological blow on the country.

Putin said no to nostalgia for socialism

A recent opinion poll conducted by Levada Center showed that the number of those feeling nostalgic for the USSR has sharply increased (66 percent vs. 58 percent in 2017). Although it is  people over 55 years of age, who have warm feelings about the USSR, a similar sentiment has been growing lately among the age group of 18-24 years - among those who were born after the collapse of the USSR. The trend suggests that young people translate the position of their parents, that people talk about it in their families. More importantly, this is not just nostalgia for the past, but rather dissatisfaction with the current state of affairs in Russia: the lack of the welfare state, justice and stability.

It is worthy of note that the growth of the pro-Soviet sentiment in Russia is taking place against the backdrop of the falling ratings of the authorities to the level "before Crimea."

One is left to wonder what Putin meant when he said that there was no going back to socialism. Yet,  it was an extremely unsuccessful PR action, since for most people in Russia, socialism means social justice.

Why is Putin not being honest with the people?

Many in Russia believe that their president is no longer being honest with them. During the recent Q&A conference with journalists on December 20, Putin said that the real wages in Russia were growing by 6.9 percent against the backdrop of the low inflation rate of four percent. He proceeded to say that the unemployment level in Russia went down to 4.8 percent, whereas the average pension makes up 14,163 rubles.

Needless to say that those numbers have nothing to do with reality, particularly the real income of the Russian people that has not been going since 2014. According to the November report from the Russian Statistics Agency, the real income in Russia has declined by 2.9 percent in annual terms. This leaves no chance for its growth as of the year-end. The average salary of 41,774 rubles, to which the Russian government refers as a demonstration of its effective work, can only display the strong social stratification, since a half of Russians receive less than 26,300 rubles a month. This number can be barely enough for paying utility bills, buying food and maintaining children.

Why can't Putin tell his people that the fall in real income comes as a price for the Crimea? International sanctions and declining oil prices greatly affect Russia's budget revenues, investments and the stability of the ruble. Why can't Putin tell his people that Russia has been saving gold and currency reserves in order to survive new sanctions? Why doesn't he publicly admit that the government was forced to raise VAT from 18 to 20 percent because there is no hope for either external or internal investments? Indeed, if Putin could tell the people that we cannot swap our sovereignty for "sausage and cheese", then most Russians would have a different attitude to endure the hardships.

At the same time, the Russians understand that oligarchs continue expanding their wealth no matter what. Even if some of them have lost a few billions as a result of sanctions and stock fluctuations, they have not lost their piece of bread, an opportunity to receive finest medical services and educate their children in London.

The president said that the current state of affairs made many in Russia think different. Probably, but people do not see either guarantees of stable income or preservation of social gains. They do see increasing social injustice and dishonesty on the part of the authorities. Is 2019 going to be the year of another revolution in Russia? It can be, as prices on gasoline climb higher and higher and the government has come up with a new initiative to double, triple and even quadruple garbage collecting bills.