Russians ready to endure anything for a life without war

Depression in Russian smaller cities continues rising, while state-run major corporations continue counting their profit. Nevertheless, most people in Russia are ready to endure any hardships. As they say in Russia - anything for a life without war. The psychology of the Russian person does not change and there is no leader who can change this. 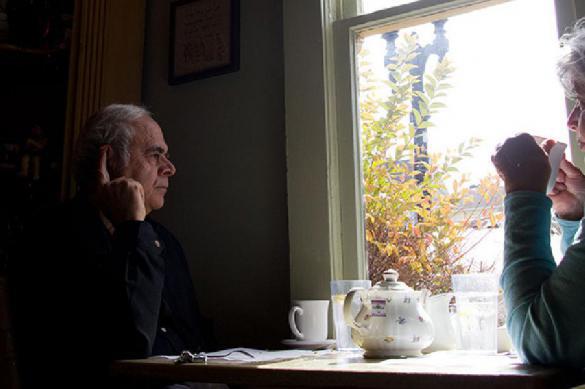 Real income of the population does not grow

A study conducted by Romir public opinion research centre said that the volume of extra money in the average Russian household has decreased in October by 500 rubles or 2.2 percent as compared with September. Thus, the average Russian family has 22,000 rubles ($334) to spend after all bills are paid.

Residents of smaller Russian cities with the population of 100,000 have suffered largest losses: 15,100 rubles of extra money a month, which marked a decline by 1,000 rubles as compared to September.

The data suggests that the real incomes of most Russians do not grow, even though officials speak of the opposite. For example, German Gref, the head of Russia's largest bank, Sberbank, stated that Russian people started raising more loans and switched from savings to consumption.

In reality, however, inflation and taxes eat the nominal growth of wages. Many Russians raise new bank loans to be able to repay the loans that they had raised before. Thus, a study by Equifix Bureau of Credit Histories said that overdue debts of the population to microfinancial institutions amounted to 35.4 billion rubles, which marked a record of 40.3 percent of the number of loans in the credit portfolio.

The Duma and the government are too far from people

Meanwhile, the government and the Duma continue making people's wallets thinner. Having raised the value added tax (the move that will raise prices in the country on all goods and services without exception), and the retirement age, the government proceeded to introducing a new tax on those individuals who take extra work (self-employed tax). To make matters worse, the government considers taxing "unhealthy food products" (such as sausages, for example) and introducing new insurance payments.

Russians can get ready for mandatory real estate insurance, a rise in property taxes in connection with the transition to the cadastral base of valuation and so on. At the same time, however, the level of unemployment in provincial Russian cities has been on the rise lately. Such a state of affairs is supposed to disseminate protest sentiments in the country, the popularity of the ruling party is supposed to decrease too. However, most people still go to the polls to vote for United Russia.

Nikita Isaev, director of the Institute of Actual Economics, told Pravda.Ru that there was economic growth in Russia. "It is formed in revenues from state corporations - oil and gas, banking, financial sectors, and so on. Most of the households that receive these revenues are concentrated in cities with a population of over one million. If we talk about a possible increase in population income, one does not talk about smaller cities and towns, where people survive," Nikita Isaev said. The state of affairs in Russia will get even more dangerous in 2019, the expert believes.

"I traveled by car across Russia from Moscow to Sakhalin this year and talked to people from 29 regions. People told me that they were ready to make up with an increase in the retirement age, although it was not an unfair move on the part of the government. "They told me that they were ready to live for 6,000 rubles without social benefits and grow their food - they are ready for anything for a life without war. This is what the Russian people are all about - they are ready to endure everything at all times," Nikita Isaev noted.

"As our economic crisis is entering its fifth year, one has to admit that economic problems do not improve the situation. One needs a competitive form of economic and political structure, as well as the political will of the leader. Russia is so rich with natural and human resources, but Russia is also a part of the world that tries to defend itself from the cruel West," Nikita Isaev told Pravda.Ru.