Russia rips its economy apart with help from the West

Experts believe that the rate of the Russian ruble may collapse again just like it happened during the crisis in 2014. In turn, Russian companies may deal with the shortage of currency to pay their debts on foreign markets. 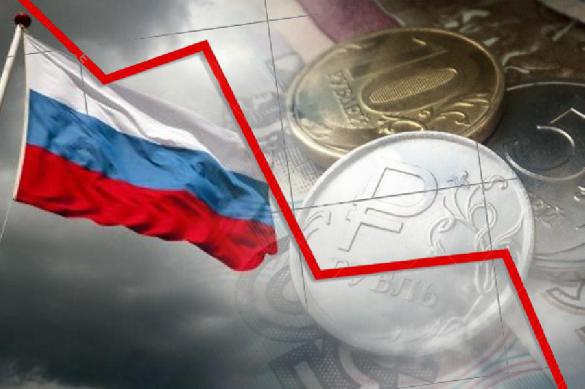 Pravda.Ru reported earlier that the net outflow of capital from Russia during the first ten months of 2018 made up $42.2 billion, which was three times as much as in the same period last year. This is the largest capital outflow figure that Russia has seen since 2014.

Almost all of the additional income that Russia has received from growing oil prices was levelled off because of the outflow of capital, chief economist at VEB (Vnesheconombank, Foreign Economic Bank) Andrei Klepach believes.

"If we look at the dynamics of the ruble exchange rate and its separation from the dynamics of oil prices, we can see that all the revenues obtained from the current oil price of $70 per barrel as opposed to the earlier predicted price of $50, have been taken out of the country. In other words, nothing of those extra revenues has settled in the Russian economy - everything was taken out," said Andrei Klepach.

Valentin Katasonov, a professor at the Department of International Finance of MGIMO, told Pravda.Ru that Russian businessmen take their capitals out of Russia over the fear of economic sanctions against the Russian Federation. "They cannot handle stabs in the back that the Russian Central Bank and the Finance Ministry inflict on the Russian economy, because such things can cause their fortunes to shrink," the expert believes.

The expert noted that the Russian Central Bank still violates Article No. 75 of the Constitution of the Russian Federation, which binds the bank to ensure the protection and stability of the Russian ruble. Instead, the Central Bank pursues the inflation targeting policy and has in fact abandoned maintaining the ruble exchange rate by conducting currency interventions.

"This may eventually cause the currency to collapse again as it happened in December 2014," said Valentin Katasonov. According to the expert, there are three constituents in the outflow of capital. "First off, this is the net outflow of private capital, the second part is the negative balance on investment income - this is what Western creditors receive as interest on loans. The third part is the growth in gold reserves.

"According to my calculations, these constituents make the capital outflow of $100 billion a year. Elvira Nabiullina, the head of the Central Bank of the Russian Federation, gives a much smaller amount, but Central Bank estimates are nothing but bluff. The Central Bank does not control anything. To regulate the problem, one needs to restrict the movement of capital," Valentin Katasonov told Pravda.Ru.