Is Putin guilty of the Kerch school massacre?

Vladimir Putin said at a meeting of Valdai Discussion Club that the tragedy at the Polytechnic College in the city of Kerch was "a result of globalisation." However, he did not say who has drawn us into this globalisation. 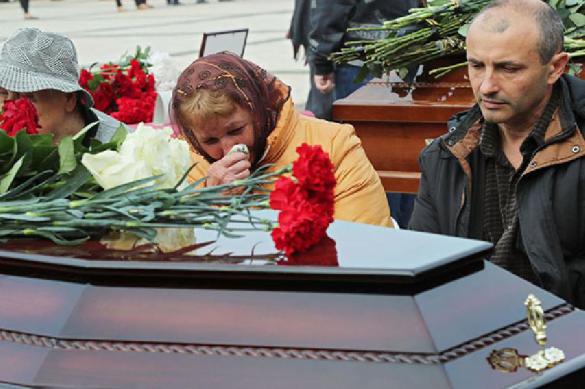 "In social networks, on the Internet, we can see that whole communities being created. Everything started with well-known tragic events at schools in the United States," the President of the Russian Federation said.

Well, it is easy to blame abstract "globalisation" for what happened. In fact, one may come to a completely different conclusion, and one needs to look for it in the policy of the elite, to which Mr. Putin belongs.

Russia lacks youth organisations, like the ones we used to have during the Soviet times - Pioneer or Komsomol organisations. In the Soviet Union, there were no such tragedies, nor were there any security guards and metal detectors at schools - there were teachers and students instead.

Sergei Komkov, President of the All-Russian Education Fund, Doctor of Pedagogical Sciences, told Pravda.Ru that the Kerch massacre came as a consequence of the educational reform which Russia had been conducting on the advice of American specialists. "We warned 15-20 years ago that a tragedy like the one that happened in Kerch would be possible in Russia by analogy with what was happening in America," the expert said.

The expert referred to the book by Bel Kaufman, "Up The Down Staircase," in which the author talks about the morale at American school in the 60-70s. "I flew to the USA in the 1990s. I was observing how things were working there, and they deported me in 1997 after I told them what it would all end up with," the expert told Pravda.Ru.

During the 1990s, in accordance with recommendations from Soros advisors, Russia started reforming its educational system on the American template. "They had eradicated the ideological component, the system of upbringing, and switched to the mere transfer of knowledge and skills," Sergei Komkov told Pravda.Ru.

All school youth organisations were taken out of schools. In addition, on the advice of Westerners, all additional education could be received for money. The reform sharply divided the youth based on the income of their parents, Sergey Komkov said in an interview with Pravda.Ru. According to the expert, an army of hopeless children had appeared in Russia already in the late 1990s. Children did not know what to do as their parents were doing their best to try to survive during the time of the crisis," the expert told Pravda.Ru.

The system of upbringing should be restored at Russian schools as well. "The first thing we need to do is to kick all Western advisers right out. One needs to close the Higher School of Economics, because this school is a nest of American and British advisers. It was them who introduced the Unified State Exam system, the testing system, the system of sex education - they are trying to prove it to us that the most important thing is the system of education, rather than upbringing."

"Security guards cannot protect children. They can be protected if they get engaged in creative work, hiking trips, including to sites of military glory, if they sing in the choir, learn how to dance, how to draw, if they are busy with research activities and history studies. In this case, an idea to grab a rifle and go to school to kill other kids will not occur to them," the expert told Pravda.Ru.

"We must have our own brains to do everything the Russian way and avoid the American template," Sergei Komkov told Pravda.Ru.