Russia wants to switch the world to its own SWIFT system

Foreign companies will be able to access the Russian equivalent of the SWIFT payment system. The State Duma is preparing a bill designed to protect the companies that have fallen under Western sanctions in order to give them a possibility to conduct mutual settlements with foreign counterparties. Russian MPs believe that the system will function most effectively if the BRICS countries, as well as Iran and Turkey, join it. 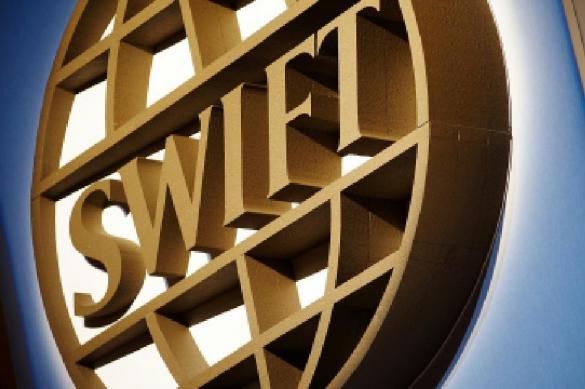 "Although they plan to use national currencies in settlements with Russia, but they do not exclude that settlements can be conducted through the Russian equivalent of SWIFT," Anatoly Aksakov, the head of the State Duma Committee on Financial Markets said.

Earlier, first deputy chairman of the Central Bank, Olga Skorobogatova, said that connecting foreign companies to the financial messaging system would expand possibilities for mutual exchange of messages and settlements between sanctioned companies that do not have access to making payments through the original SWIFT system, and foreign contractors.

The Russian equivalent to SWIFT is a financial messaging system known for the Russian initials as SPFS. The bill stipulates for direct messaging between both Russian and foreign legal entities.

According to the Central Bank of the Russian Federation, there are more than 400 participants in the SPFS system, including banks, the federal treasury, legal entities, and corporate clients. "Inside the country, our system covers the exchange in financial messages completely," a source at the Central Bank of Russia said. "If we talk about cross-border operations, they can be implemented only on the basis of the agreement between several countries. There are such discussions happening already on the level of both the Eurasian Economic Union and BRICS."

In the near future, SWIFT may have another competitor in Europe. The head of the German Foreign Ministry, Heiko Maas, said in August that the European Union was in need of its own and independent SWIFT system to protect the financial stability of European companies from US sanctions. Russia found such an intention of European partners quite natural. After the appearance of the European SWIFT system, Russia intends to offer European companies to incorporate a Russian analogue to SWIFT.

"The possibility to connect foreign countries to the Russian system depends on a number of factors. As for Iran, a lot depends on the volume of economic cooperation that is going to happen. So far, it has not been large at all, but there are reasons for it to grow, especially in the oil and gas sector," Nikolai Kozhanov, a researcher at the European University at St. Petersburg Energy Policy Research Center said.

Turkey is already showing willingness to cooperate with the Russian SWIFT. "The Russian equivalent to SWIFT is a revolutionary innovation in the digital world. The possibility of its use by Turkish companies can provide an important development of trade relations between our countries," Mehmet Yolcu, chairman of the board of directors of FinExpertiza Turkey said.

According to Dmitry Mosyakov, director of the Center for Southeast Asia, Australia and Oceania of the Institute of Oriental Studies of the Russian Academy of Sciences, China's position on the matter will depend on its relations with the United States. The worse China's relationship with the States goes, the better it is for the Russian SWIFT system. "The relations between China and the USA have been quite intense lately, but if the United States shows positive signs to China, then taking into account the volume of their trade ($500-600 billion) and China's trade volume with Russia ($100 billion as of 2018), China will demonstrate loyalty to the United States and will not connect to the Russian project," the expert said.

SWIFT is an international interbank system for transmitting information and making payments. The system incorporates more than 11,000 financial institutions in 200 countries of the world. After 9/11 attacks, the United States gained access to SWIFT network in order to track possible transactions between terrorist groups. Thus, US authorities have access to information related to any payment that goes through SWIFT.

Russia launched its own version of SWIFT - SPFS - for domestic financial operations in December 2014.

SWIFT refuses to cut Russia off