Default more likely to hit American, rather than Russian economy

Russia experienced default on August 17, 1998. Today, 20 years after those events, the economic situation in Russia does not seem stable to many. As the ruble declines in value against the dollar and the euro, many believe that another default is likely to occur. However, experts say that such pessimistic forecasts are at least premature. 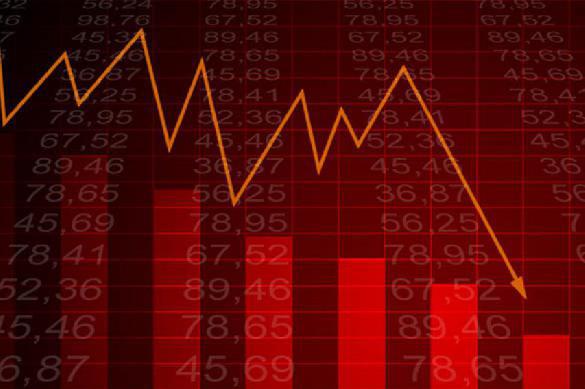 During the late 1990s, the Russian economy had no mechanisms to protect itself from external negative factors. The crisis that started in Asia struck Russia easily. Economically, Russia was lying in ruins. The Soviet industrial complex was destroyed, and Russia's trade balance depended on oil almost entirely - more than 90 percent.

During those years, Russia was running the program of short-term state liabilities known as the "GKO pyramid." It was built on the principle of a financial pyramid. Needless to say that all pyramids collapse sooner or later. In the GKO pyramid, however, the founder was the state. When the GKO system collapsed, it struck a powerful blow on the national economy.

Currently, the economic situation in Russia differs a lot from that during the 1990s. First all, the share of materials and energy sectors is about 50 percent. The rest falls on the agrarian complex, chemical and military industries, machine building and a number of other strategic manufacturing industries.

Secondly, despite, or even owing to such a factor of permanent external pressure as sanctions, the Russian economic system constantly develops new protective mechanisms. To crown it all, there is nothing in today's Russia that would be reminiscent to the GKO system.

There are sanctions, external pressure and fluctuations in the Russian national currency. Economists, however, still give optimistic forecasts.

For example, Yevgeny Yasin, who served as the minister for economy in 1993-97, believes that the war of sanctions with the USA would not cause a major economic crisis, although it would hinder development and create certain difficulties.

Oleg Safonov, manager of BKS Ultima, is much more positive in his forecasts. In particular, he believes that the Russian economy does not look vulnerable today. "Despite the economic sanctions, Russia can keep calm in the foreseeable future. Russia has accumulated certain resources and restructured external debts. Plus, oil prices remain quite high. New sanctions will affect the economy, of course, but not too much," he said.

US experts share a different opinion on the subject, though. Vladimir Rozhankovsky, an investment analyst with Global FX, believes that Western media outlets actively work to create a negative image of Russia in every way possible. "The scenario of 1998 is not going to repeat in Russia. Back in 1998, Asia failed to cope with enormous amounts of money. These days, however, it is developing countries that send their money to the USA. There are more chances for the US economy to collapse," the expert said.

Economist Vladislav Zhukovsky does not share general optimism. "Default in Russia is inevitable. It will take place if oil prices decline. Russia receives 68 percent of its income from exporting oil and natural gas," he believes.

Sergei Dubinin, the former head of the Bank of Russia, does not agree with the economist.  "The structure of the Russian economy today has nothing in common with that of the late 1990s. Today, the Russian Federation does not have a burden of a public debt, especially short-term, domestic debt. The entire Russian public debt, including the external one, is balanced by currencies. In addition, the floating exchange rate gives no promises to pay the debt at a fixed rate. The banking system is relatively stable, so default is not threatened Russia in any way."

For USA, Russian economic growth is aggression
19:06
Kremlin responds to rumours to call-up 1.2 million people
15:18
Kremlin explains status of Ukraine's attacks on Donbas after referenda
14:47
Erdogan: Ukrainian politician Viktor Medvedchuk left for Russia from Turkey
14:27
Russian Defense Ministry clarifies professions exempt from partial call-up
21:31
Lavrov at UN Security Council: It is you who turn a blind eye on Kyiv's war crimes
15:50
Foreign POWs released in Donetsk arrive in Saudi Arabia
14:28
Dmitry Medvedev: 'Hypersonic arms will reach targets in US and EU faster'
13:58
Chechnya's Kadyrov: There will be good news from the zone of special operation soon
12:10
Kremlin needs cushion of time before final decisions are made
12:48
Russian Defence Minister announces Russia's losses in Ukraine
World
WWIII in the making right now as Russia readies something big