Kremlin explains how Oleg Sentsov can be pardoned

If Oleg Sentsov wants to be pardoned, he needs to ask President Vladimir Putin personally about this. This is how the procedure goes in Russia, officials at the administration for ensuring constitutional rights of citizens under the presidential administration told Sentsov's mother in response to her petition for pardon of her son. 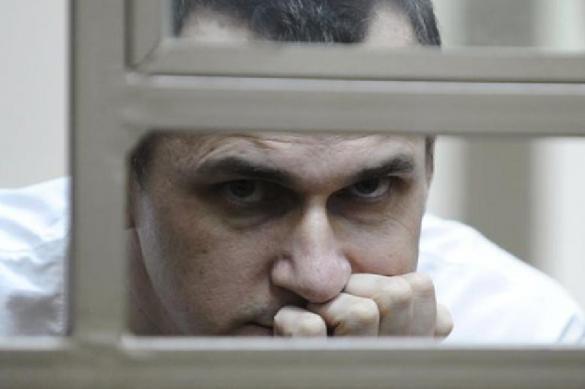 The convict, Oleg Sentsov, will have to write a petition, but before it goes to Putin, a special committee and the head of the subject will have to approve the document. It is up to the head of state to make the final decision.

Sentsov's mother was informed that her appeal was forwarded to the governor of the Yamal-Nenets Autonomous District, where the convict serves his sentence.

Oleg Sentsov's mother appealed to the Russian president on July 13 with a request to pardon her son. In her letter to the president she wrote that her son's family was going through many problems and hardships without the father. On August 9, it became known that the letter was delivered to the pardon commission under the Russian president.

We would like to recall here that there were many personal requests from a variety of public figures in Russia to pardon Mikhail Khodorkovsky. Putin pardoned Khodorkovsky in 2013 on humane grounds (Khodorkovsky's mother was dying) after the entrepreneur had sent his personal petition to the president.

In addition, experts and journalists note that Oleg Sentsov is not a director. "Oleg Sentsov from Simferopol was a common owner of a computer club. He did not have any cinematographic or any other type of education associated with art. At some point, his business went to the bottom, and Oleg wanted to make a film about the life of a gamer. This is the story behind his motion picture "Gamer" which was released in 2012.

Oleg Sentsov was convicted in Russia for 20 years imprisonment on charges of terrorist activities. In May, the man went on a hunger strike, demanding the release of Ukrainian political prisoners. His protest lasts for more than 90 days.

Russia's Federal Security Bureau arrested Oleg Sentsov, Alexander Kolchenko, Alexei Chirniya and Gennady Afanasyev on May 30, 2014. The men were suspected of organising a branch of the right-wing subversive and terrorist group Right Sector (banned in Russia) in the Crimean Republic.